BTS has won three awards at the People's Choice Awards. Jungkook who collaborated with Charlie Puth for Left and Right have also bagged one. Big Hit Music thanked the ARMYs for their love and support. 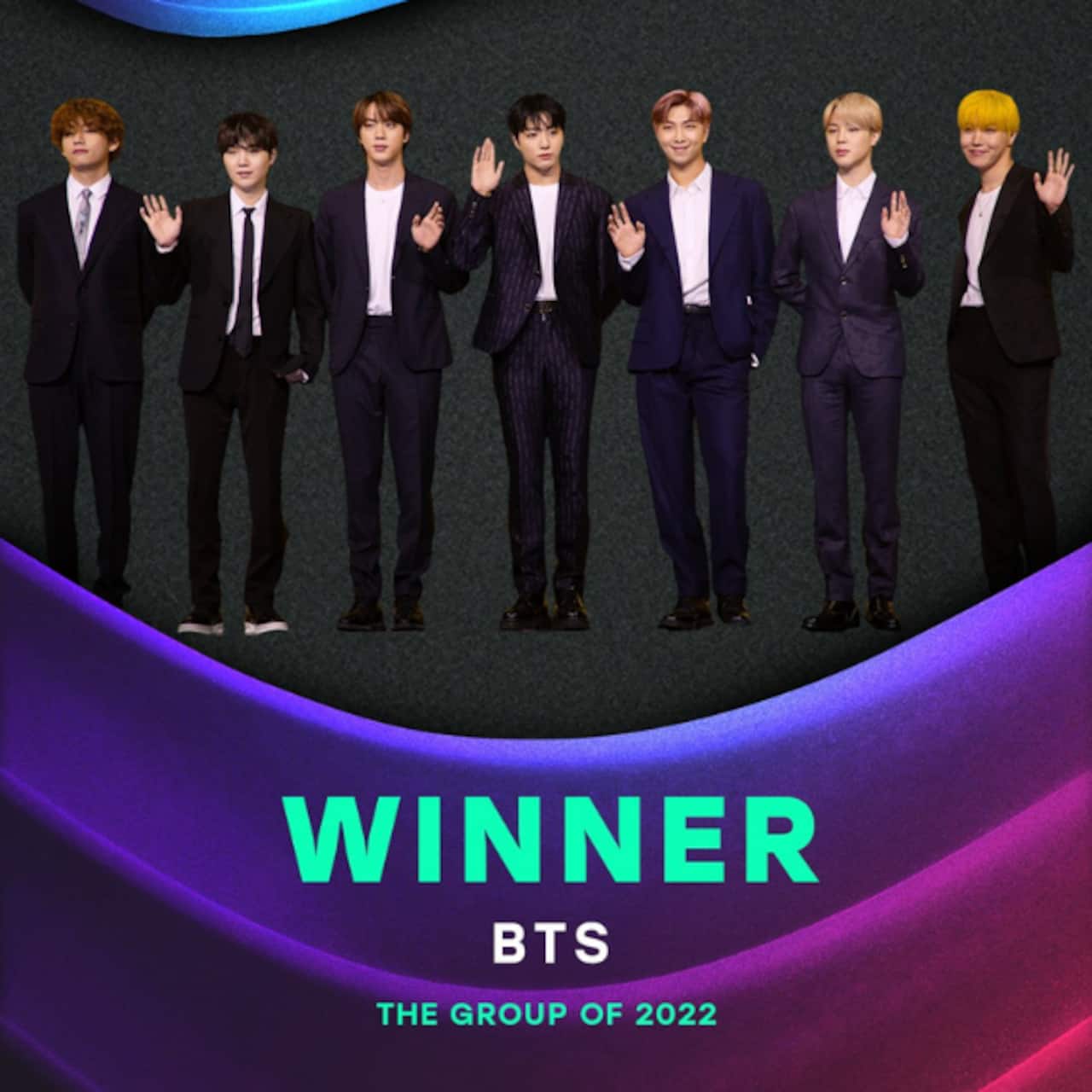 BTS has been winning and winning hearts and awards and they have added to their trophy collection and it's a MIC DROP moment really. BTS has won three awards at the People's Choice Awards 2022. Big Hit Entertainment took to their Twitter handle to share the same and thanked the BTS ARMYs for their continuous love and support for the Bangtan Boys. Recently, BTS swept more than 5 awards at the MAMA 2022 held in Japan. The ceremony was attended by BTS member J-Hope. The PCA winners were recently announced and the BTS ARMY is going crazy over the same. Also Read - BTS: Kim Taehyung aka V shows off his plating skills like a pro in 'Seo Jin's' cooking show; promo makes ARMY super excited [Watch Video]

Big Hit Entertainment proudly announced that BTS – RM, Jin, Suga, J-Hope, Jimin, Taehyung and Jungkook – have bagged three awards at the People's Choice Awards 2022. They got – The Group 2022, The Concert Tour of 2022 and The Collaboration of 2022. The last one is Jungkook and Charlie Puth song Left and Right. Jungkook and Charlie Puth's collaboration has been a massive hit and fans have loved it, be it ARMY or CPFs (Charlie Puth fans). The tweet is going viral in Hollywood News. Also Read - BTS: An ARMY visits Golconda Fort and finds Jimin and BTS fanchant written on the wall; pics go viral

BTS ARMY congratulates the Bangtan Boys for their win

The BTS ARMY has showered BTS members with love and is rejoicing in their win. They are congratulating the seven of them and also for Jungkook and Charlie Puth for Left and Right. Check out their tweets here: Also Read - Has Pathaan impacted the release of BTS Yet To Come In Cinemas In India? Worried desi ARMY wonders what happened to February 1 screening [Read Tweets]

jungkook’s and charlie puth’s 'left and right' won at the people choice awards for best collaboration song of the year. congratulations ??

Our main pop boy! So proud of him ? #Jungkook1stWin pic.twitter.com/oH4u15vJTO

Congratulations my 7 angels ? love you guys so much ??

Tell BTS we are proud of thempic.twitter.com/IG3BdAgPsk

congratulations my loves, you deserve everything ??

Deserved. Missing you my loves pic.twitter.com/r5OPmBldsx

Congratulations boys you deserve it ??
Congratulations to army who voted to you guys are amazing without you we could not have done this
I purple you ?

congratulations my loves, You deserve the whole world my boys ???..I'M SOO PROUD OF YOU??

i’m more than proud of yous my loves ?? pic.twitter.com/5TKNmD95hT

Congratulations kings ? ? we are so proud of you ?? pic.twitter.com/K3EE0prXBA

Congrulations, deserved. so proud of you bts, I love u boys ? pic.twitter.com/h6EmR2QnDs

Meanwhile, BTS right now are busy with their solo projects. They talked about chapter 2 of their lives wherein the Bangtan Boys would be focusing on their individual careers. There are talk shows, Run BTS episodes, and solo albums lined up. The latest one was RM’s Indigo to come out. Even the first episode of Min Yoongi aka Suga’s show Suchwita was dropped recently. Let’s see what more is ins store. In the meantime, enjoy this success ARMY.