BTS' J-Hope aka Jung Hoseok threw a pre-release/listening party of Jack in the Box and it was attended by the rest of the Bangtan Boys and various other Kpop legends and artists. Check out the viral pictures and videos here: 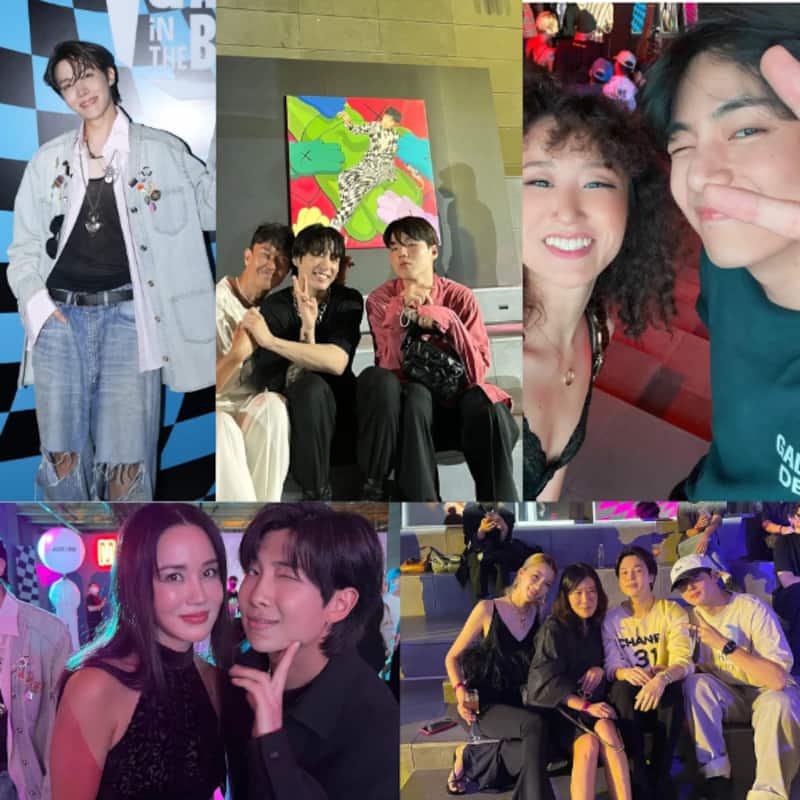 BTS' J-Hope aka Jung Hoseok's Jack In The Box is releasing today and Hobi has been busy partying since the last night. The BTS rapper is dropping his solo album today and he held a listening party of the same last night. It was a starry affair at the HYBE building where other BTS members RM, Taehyung, Jin, Jungkook and Jimin had dropped by to support him. Whether or not Suga attended is not known but some of the ARMYs seem to have spotted him, though there are no pictures confirming the same. Also Read - BTS members V, Jin, Jimin and others being emotionally engrossed in Pasoori is simply the best video on the internet today [WATCH]

party of the year hosted by the jung hoseok ⚡ pic.twitter.com/TWrMeKQEiF

THE WHOLE HYBE BUILDING IS LITERALLY AT PARTY MODE FOR HOSEOK pic.twitter.com/78FXCS1NP8

Jungkoook and J-Hope danced to Butter's remix ft. Megan Thee Stallion at J-Hope's listening party. At first, Hobi was dancing on it solo and seeing his hyung, Jungkook joined him, still recalling the 2J's choreo they set on the remix version of Butter. We wish Jimin had joined them too. Elsewhere, Taehyung, Hobi and RM's video of dancing together also went viral. J-Hope posed with a lot of celebs and it seems he was very overwhelmed with the response. Also Read - BTS ARMY feels that J-Hope should give an Instagram tutorial to the Bangtan members; this is what happened

?| Taehyung dancing to "Leave The Door Open" by silksonic, while Jungkook sits on the stage sipping (sth) in the background in Hoseok's Album Pre Release Party! pic.twitter.com/kzCj6thknH

they're watching "more" mv wtf i feel so proud for hoseok pic.twitter.com/ozVNMUrJt0

Jimin, RM and Jin's dancing videos have not surfaced much and there is a reason behind it. Jimin and RM were busy posing for pictures and selfies and enjoying themselves with everyone. Everyone would have dearly missed Suga if he wasn't there. We know for sure, that ARMYs did miss watching the Bangtan Boys together again.

Jack in the Box, the whole solo album of J-Hope aka BTS' Jung Hoseok releases today.