The two-day event, BTS 2021 Muster SOWOOZOO, will be held on June 13 and 14. June 14 will see the 'World Tour Version' and showcase the group's foreign language songs. 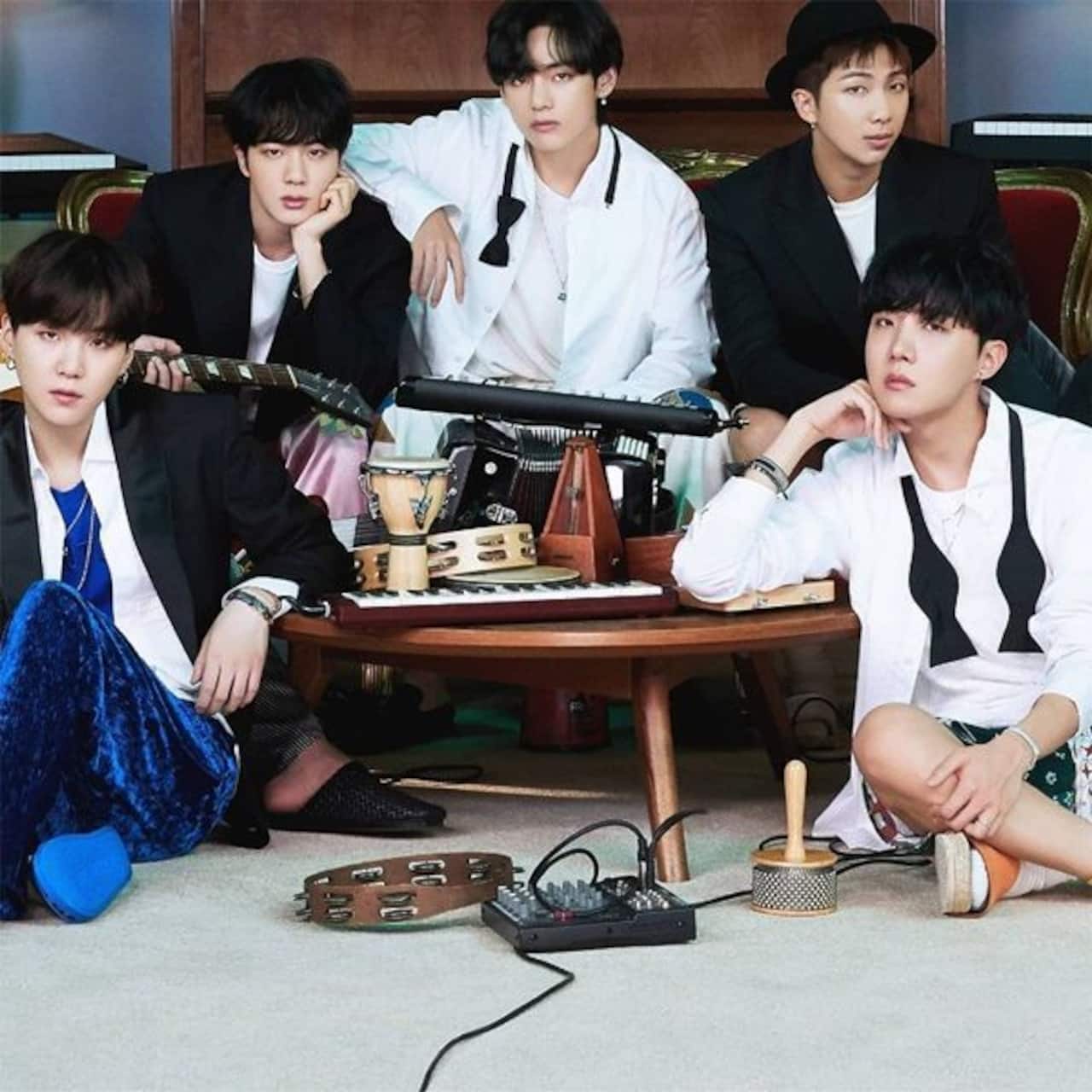 BTS has recently released their new English single Butter. The music video of the song, which was dropped online on Friday, broke their own record for the biggest music video premiere on YouTube, racking up 3.9 million peak concurrents. The song garnered over 100 million views within 21 hours. And now the popular K-Pop band announced an online live-streaming event, BTS 2021 Muster SOWOOZOO, to celebrate the eighth anniversary of the band and their fandom, known as ARMY. Also Read - BTS: Kim Taehyung aka V shows off his plating skills like a pro in 'Seo Jin's' cooking show; promo makes ARMY super excited [Watch Video]

The group made the announcement with an official poster of the event, which has the seven members of the band namely RM, Suga, Jimin, Jin, Jungkook, J-Hope and V standing together against a backdrop of nature, holding planets of the solar system on strings like balloons. The two-day event will be held on June 13 and 14. June 14 will see the 'World Tour Version' and showcase the group's foreign language songs. Also Read - BTS: An ARMY visits Golconda Fort and finds Jimin and BTS fanchant written on the wall; pics go viral

They also performed Butter for the first time at the upcoming Billboard Music Awards on May 23. The song is a dance pop track with the band's distinctive baseline and crisp synth sounds. The choreography is a combination of group and unit dances, with highlight gestures such as stroking of hair, blowing kisses and walking on tiptoes.

The septet will also kick off Good Morning America's Summer Concert Series on May 28.