BTS: V aka Kim Taehyung and Blackpink's Jennie fans incensed after 'doctored' pics of an alleged date of the two idols from Jeju Island starts floating on social media 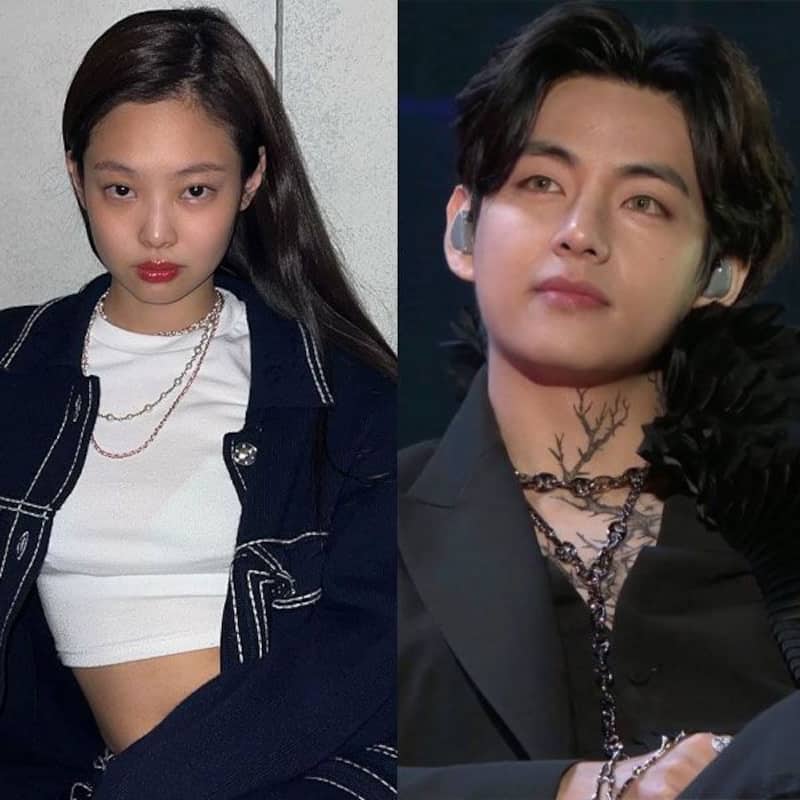 Since night last, BTS and Blackpink fans are active on Twitter. This has happened after an unverified pic of BTS V aka Kim Taehyung and Blackpink's Kim Jennie was shared by an account. The person who later deleted the pic shared some clips of two people who kind of resembled Kim Taehyung and Blackpink's Jennie from Jeju Island. The pic upset fans of both the idols as it fuels unverified dating rumours. In fact, speculations kind of began on social media before fans started slamming the other group. Some pointed out that the pic was edited from In The Soop 2 where Taehyung had same hairdo and tee. Others said Blackpink's Jennie did not resemble the girl. In fact, the side profile of the two in the pic does not match that of Taehyung or Jennie. Also Read - BTS: Did Kim Taehyung make a cameo in J-Hope's More MV? ARMY gets into Sherlock mode [View Tweets]

In the middle of all this, Jennie fans slammed BTS and their fans for using Jennie as a diversionary tactic when HYBE was engulfed in the bullying scandal involving Kim Garam. ICYMI, Kim Garam is a member of Le Sserafim which is the new girl group. Even before their first MV came out, Kim Garam had been involved in bullying rumours. Since two to three days, alleged new victims are coming out detailing how she had an alleged unpleasant personality in her middle and high school days. This is what angry fans tweeted asking people to leave Kim Taehyung and Jennie alone... Also Read - Shah Rukh Khan STEALS the thunder with his cameo in R Madhavan's Rocketry: The Nambi Effect claim fans

WTF. It was an anti accnt who posted it. not hybe. Why are people so quick into jumping the bandwagon into hating hybe???! Wtf

For the first time Armys and Blinks are on the same side.
LEAVE BOTH OF THEM ALONE WTF!!

The pic are Tae and Hobi in BTS in the soop ??? pic.twitter.com/OLz5j6Bsl2

the photo is just an edit, what's really in the photo is taehyung with jhope! pic.twitter.com/1q5EqG4em5

op has a point. imagine being THE kim taehyung and THE kim jennie you really think they'd be that open and slip up like that https://t.co/mPWPL6odp1

why is hybe throwing their biggest money maker under the bus for a rookie ? knowing damn well if bts leave their company will go to shit. bang pd needs to pack everything up & take bts & txt outta there. LEAVE TAEHYUNG AND JENNIE ALONE

Well, we can see that fans of both these idols are pretty upset. In the past, HYBE was quick to deny Kim Taehyung's dating rumors with Joanna Chun. The vocalist himself lashed out at the rumours in a cryptic manner. YG Entertainment, which is the agency of Jennie Kim said that they had nothing to say on this issue. This has been their stance even when she was linked to G-Dragon for the longest time. Jennie Kim was also rumouredly seeing KAI. BTS has its comeback on June 10, 2022 and this is just too much drama. Also Read - Sushant Singh Rajput to Harsh Varrdhan Kapoor; Rhea Chakraborty was linked up with these actors [Watch]