BTS V aka Kim Taehyung-Blackpink's Jennie were rumouredly seen on a flight as they travelled to Jeju Island. This has been claimed by an anonymous airline employee 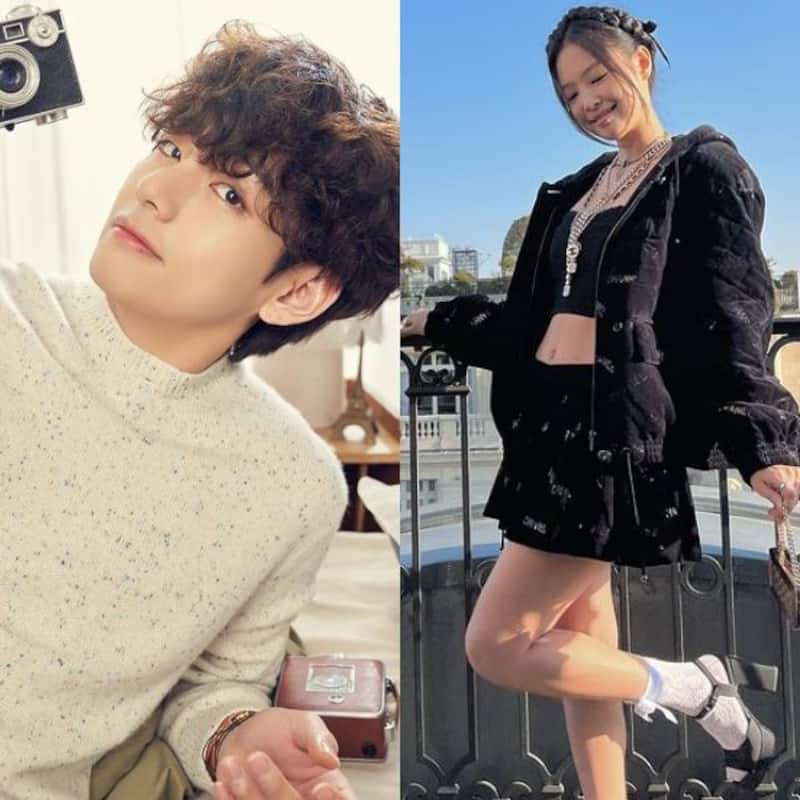 BTS vocalist and Christmas Tree singer Kim Taehyung who is known as V has been in the news for his dating rumours with Blackpink rapper and superstar Jennie. The new broke out four days back when someone posted a video with four pictures of two people who looked a lot like Kim Taehyung and Blackpink's Jennie. Many people dismissed it as an edited pic but when YG Entertainment, the agency of Jennie said that they had nothing to say about the rumours, people became even more curious. Fans have been investigating their social media accounts and schedules to find out if there were any real chances that the two K-Pop icons indeed went together on this rumored trip to Jeju Island. Also Read - Swara Bhasker gets death threat, shares the letter on social media; netizens ask, 'What's wrong with such people?'

Now, AllKPop, a leading Korean entertainment portal posted screenshots from what is a Korean employee forum. It seems an employee of the budget airlines T'way wrote that Kim Taehyung and Jennie were seen on a flight where they travelled in business class. The person said that everyone assumed that they were dating publicly seeing them together. This is not all. The person also said that they ordered extra blankets and a snack. It seems they left Gimpo Airport a little after 1 pm (Korean time) and landed there within an hour. The details seem to corroborate with the timeline of the pic which is May 22, 2o22. This is a new revelation that has been posted by AllKpop. Also Read - Ranbir Kapoor’s Shamshera, John Abraham-Arjun Kapoor’s Ek Villain Returns and more BIGGIES that are set to entertain the audience in July 2022

In the meantime, fans have also been tracking rapper and BIGBANG member G-Dragon's social media handles in the past few months. As we know, Jennie and G-Dragon were rumoured to be dating. However, YG Entertainment never gave a clarification on the reports. Both the groups, BTS and Blackpink are scheduled to make comebacks. This dating rumour has taken the spotlight away from the Kim Garam matter, to a great extent. Also Read - Shehnaaz Gill's video writing Sidharth Shukla's name while signing an autograph is breaking the internet [Watch]