BTS' V aka Kim Taehyung breaks down after an emotional moment; Wooga Squad pours love on him in the new Friendcation episode

BTS V aka Kim Taehyung and his Wooga Squad's In The Soop Friendcation's new episode is out and finally, the bit where Taetae broke down is featured in it. Taehyung was taken care of by the Wooga Squad members. BTS ARMY is showering Taehyung with love on Twitter. 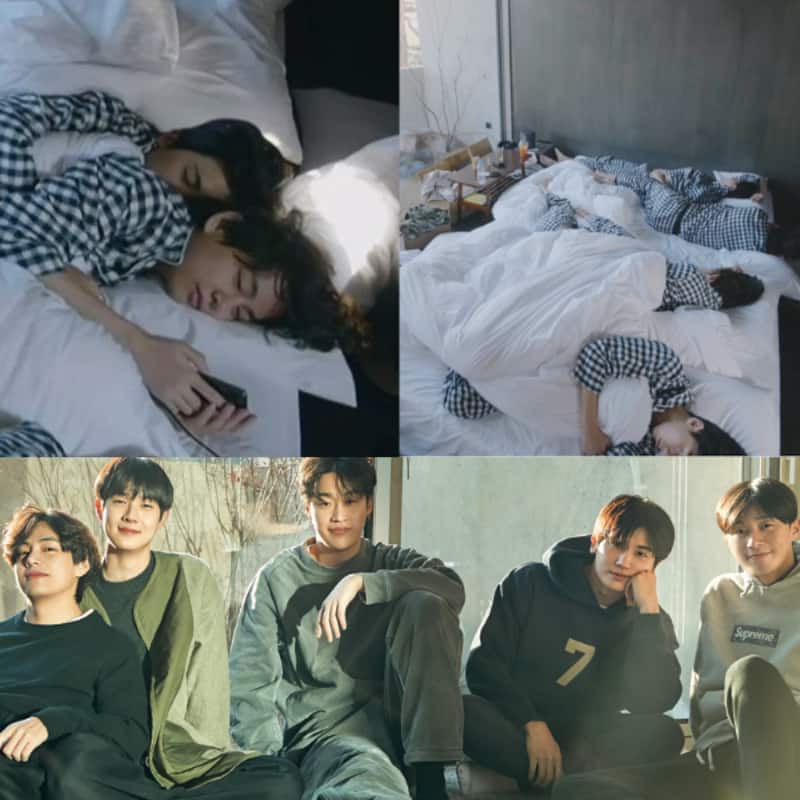 After spending an emotional night bonding with Park Seojoon, Park Hyungsik, Peakboy, Choi Woo Shik and others, Kim Taehyung turned emotional. He had been crying quietly with his hand over his eyes. But the Wooga Squad members were quick to notice. They all pestered him till he answered why he turned emotional. Taehyung revealed that he's just sad. Park Hyunshik, who's been taking care of Taetae in the episodes and during the trip of In The Soop: Friendcation asked him why is he so sad. He said that he was making him sad too. The Run BTS and Yet To Come hitmaker revealed that he had a very regretful last year. Also Read - Love BTS photo cards? Kim Taehyung, Jungkook, Jimin's pics have been sold for as much as above Rs 60K [View List]

+
WE LOVE YOU TAEHYUNG pic.twitter.com/uSp2teRzFL

Park Hyungsik, Peakboy, Choi Woo Shik and Park Seojoon all cheered Taehyung up. Peakboy assured him that the upcoming years would be great while Choi Woo Shik turned sentimental and said that the people born in Horse year have a huge and positive impact on the people born in Tiger year. He prayed that let all his energy be passed on to Taehyung. Aren't they such sweethearts? Taehyung was hugged, cuddled and showered with a lot of love and affection by his Sooga Squad members. Also Read - BTS: Kim Taehyung aka V BEATS co-member Jungkook, The Gray Man star Ryan Gosling and others to become The Hottest Man Alive [VIEW LIST]

A post shared by IN THE SOOP Official (@inthesoop.tv)

And now, the BTS ARMY is showering love on Taehyung writing him posts. “We Love You Taehyung” is one of the trends in Twitter Town.