BTS V aka Kim Taehyung chases Wooga Squad across the ice skating rink in the final episode of In The Soop Friendcation; ARMY gush over their bond [View Tweets]

BTS V aka Kim Taehyung and Wooga Squad's last episode from In The Soop Friendcation dropped a couple of hours ago and it's been a riot. Especially the one wherein they all went ice skating. 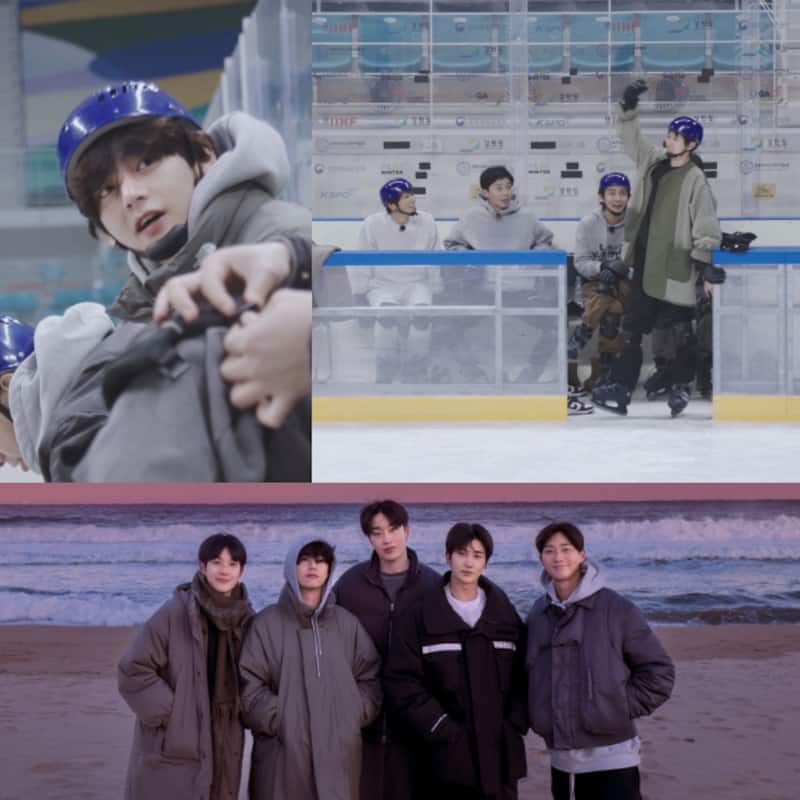 The last episode of In The Soop Friendcation featuring BTS V aka Kim Taehyung, Park Seojoon, Park Hyungsik, Choi Woo Shik and Peakboy dropped a couple of hours ago. BTS ARMY is still reeling with the fact that there won't be anymore In the Soop ft. Wooga Squad episode anymore. Having said that In The Soop Friendcation was a wholesome one. They had fun and some heart-filled conversation with each other. ARMY is going crazy over the Wooga squad going skating in the ice rink. And guess what ARMY, V still doesn't know how to skate. It was fun all in all. Also Read - BTS: Jimin gets death threats from a Kim Taehyung-Jungkook stan; ARMYs slam the toxic shippers [view tweets]

Park Seojoon and Park Hyungsik are pros at ice skating and hence, they were quite at ease on the rink. Taehyung and Wooshik being the least experienced struggled a bit while Peakboy was a little better being a little more experienced than the two. It was fun to see them play on the ice rink, being kids and enjoying their free time to the fullest. They also began giving out solo performances on the ice rink, like some Disney Princes. BTS V aka Kim Taehyung chasing the Wooga Squad - Peakboy, Choi Woo Shik, Park Seojoon and Park Hyungsik. Also Read - BTS’ Kim Taehyung and Jennie’s dating rumours reach insane level as plans to confront latter surface; Blinks furious over privacy invasion

BTS V aka Kim Taehyung is the maknae of the Wooga Squad. He is the youngest one of the five of them and hence, the rest of the hyungs dote on V like their little brother. They take care of him, pamper him and baby him all the time. Even when Taetae was fumbling around on the ice skating rink, the Wooga Squad members tried to hold their laughter and cheer on their little one. Check out the reactions of ARMYs to the same here: Also Read - BTS: Big Hit Music cracks the whip on 'ill-intentioned' rumour without making any reference to V and Jennie 'leaked pics'; Jin's reaction is EPIC

Taehyung trying to catch everyone while ice skating..he's so adorable.
Mind you he's said he only did ice skating thrive. He's so good at picking up things fast!#IN_THE_SOOP #Friendcationep3 pic.twitter.com/NSeYFZnAeH

kim taehyung skating while looking so adorable and wooga squad cheering for him! taetae is really everyone's baby ?

Kim Taehyung trying to catch everyone while they’re skating is so adorable. Look at him !!

Skating skills, transitions, performance, composition and interpretation of music... it's a 10 out of 10 ????

P.S. Thanks to the editors for the slow motion at the end. LOL

taehyung ice skating is the cutest thing EVER

They're all big kids at heart. ??
My heart is going to explode from the wholesomeness.

So chaotic ?
ALWAYS WITH TAEHYUNG#IN_THE_SOOP#FriendcationEp4

Now that In the Soop Friendcation has wrapped up, it's time to see what next Taehyung has to offer. His vlog has been out already which was also a lot of fun, delivering aesthetics as always. ARMYs are waiting for his solo album. V had revealed that he is working very hard on it and is in the making. Let's hope, he drops his solo album soon. In other news, Taehyung sang for Benny Blanco and Snoop Dogg's Bad Decisions alongside Jimin, Jin and Jungkook.