BTS' V aka Kim Taehyung shares pictures and videos of his 'present state'; ARMY cannot stop crushing over his beanie and golf skills

BTS member V aka Kim Taehyung dropped a couple of pictures and videos on his Instagram handle. Taetae's IG post has quickly become the talk of the Twitter town amongst the ARMYs. 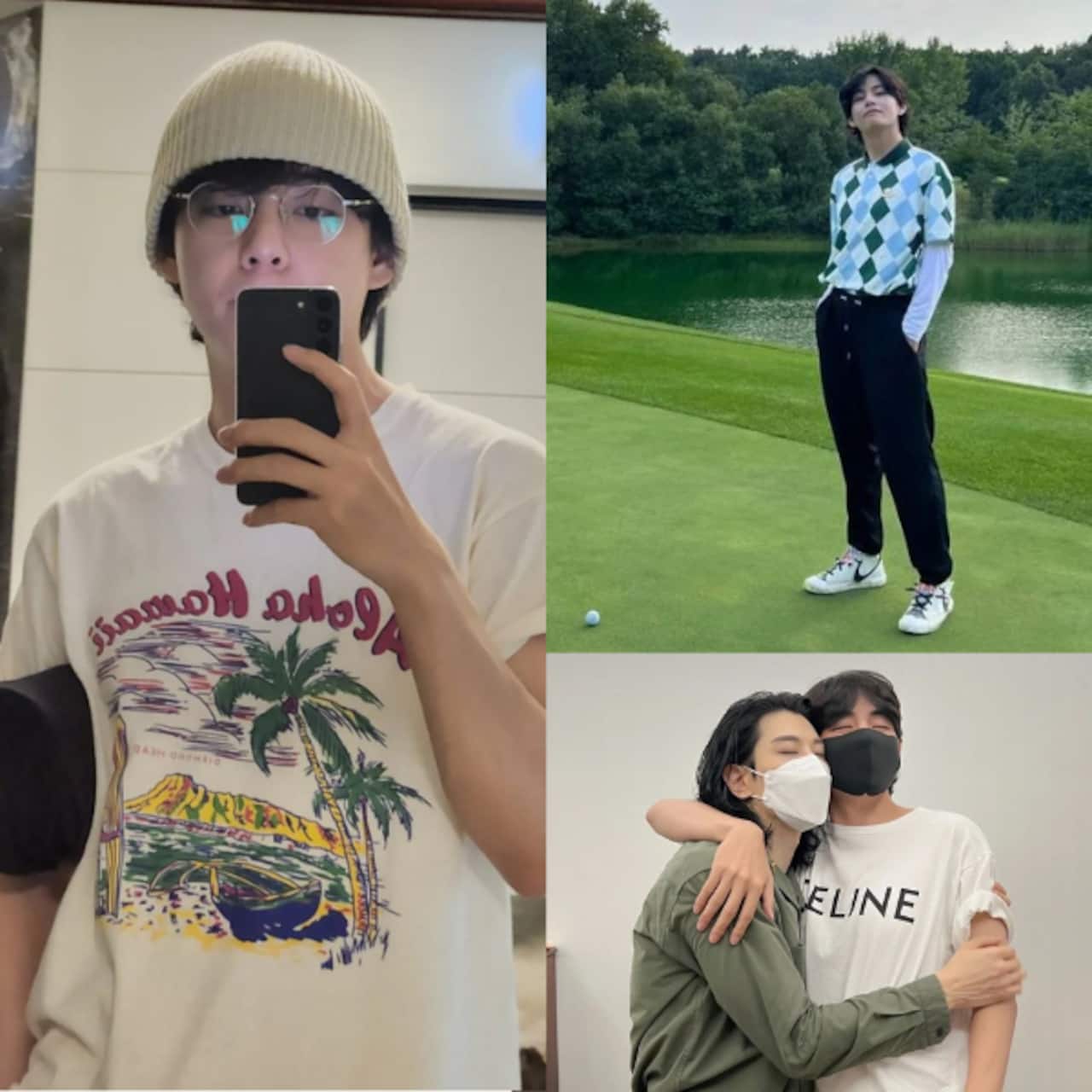 BTS members - Jungkook, Jimin, RM, Kim Taehyung, Jin, J-Hope and Suga - were recently seen together at the ambassador appointment ceremony of the Bangtan Boys at the Busan World Expo 2030. The boys won hearts with their simplicity and humility as they were honoured with awards and declared ambassadors for Busan's bid at the World Expo 2030. And now, as y'all await more BTS content, one of the youngest members has dropped pictures on Instagram. We are talking about BTS V aka Kim Taehyung. Also Read - Pathaan meets BTS: Shah Rukh Khan-Deepika Padukone song Besharam Rang gets a Dynamite version [Watch]

Ever since BTS members joined Instagram, they have been quite active. Apart from RM aka Kim Namjoon, J-Hope aka Jung Hoseok and occasionally V aka Kim Taehyung, others are not that active on the social media app. Coming to Taetae's Instagram (thv), he dropped some pictures and videos describing his 'present state'. The post includes pictures and videos of BTS V golfing, from the day he attended 'The Man Who Laughs' musical and a couple of pictures in a beanie. He also shared a video of legendary American folk and jazz artist Bobby McFerrin's iconic video in the end. 'Present state', Kim Taehyung wrote in the caption with a boy with raised hand emoticon. Check BTS V's Instagram post here: Also Read - BTS: Tattooist Polyc SJ shares Kim Taehyung aka V's closeup and clearer pic of friendship tattoo, ARMY goes berserk [View Tweets]

BTS ARMY is also looking out for the posts by BTS members. And when the Yet To Come and Run BTS singer dropped a post, they couldn't stop gushing over him. Taehyung is one of the most popular BTS members across the globe. ARMY is going bonkers over his beanie look. Taehyung never fails to amaze ARMY with his different looks. BTS ARMY finds Taehyung adorable in the beanie. Everyone who follows BTS and has V as their bias knows that Taebear is fond of golf. They are hailing him as the golf prodigy on Twitter too. Check out the tweets here: Also Read - BTS: Kim Taehyung aka V's birthday gets celebrated with TaeUtsav in Kolkata [View Pics]

Taetae is known for his baritone voice, impeccable fashion sense and handsome face. He enjoys massive popularity and has surpassed about 47M followers on Instagram. He has posted about 58 posts on his feed. Taehyung is known for sharing and then quickly deleting his stories or even his posts if, at a later moment, he doesn't like it. He has an engagement rate of 29% on Instagram. On the work front, V aka Kim Taehyung will be seen in In the Sop Friendcation with his Wooga Squad members - Peakboy, Choi Woo Shik, Park Seojoon and Park Hyunsik.