BTS' V aka Kim Taehyung teases ARMY with his muscles picture on Weverse; REVEALS the real reason of his long absence

BTS V aka Kim Taehyung is back on Weverse. He teased ARMY with a gym picture but ARMYs teased him back too. And whilst talking to the ARMYs, Taetae also revealed the reason for his absence from Weverse. 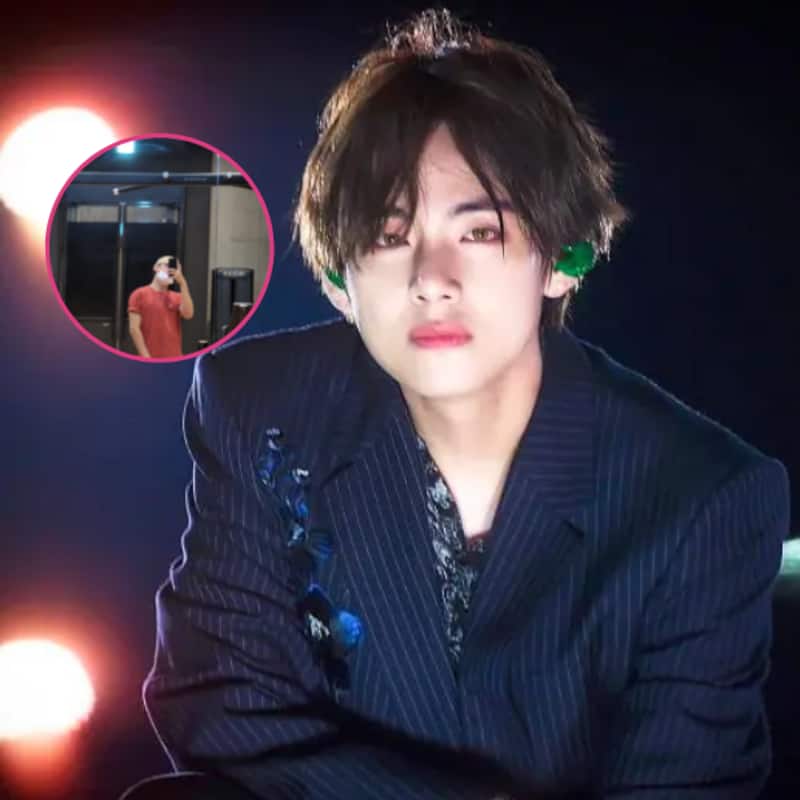 BTS V aka Kim Taehyung ended the Weverse drought a couple of hours ago. The handsome hunk of an idol shared a picture on Weverse and interacted with a select few/lucky BTS ARMYs. Taehyung has been one of the most active members on social media until a couple of weeks ago. But for the last couple of weeks, he had been away from all the social media platforms. But now finally, Kim Taehyung aka BTS V is back, albeit on Weverse. Also Read - Run BTS returns! Kim Taehyung, Jungkook, Suga and others try fly-yoga; ARMY cannot keep calm [View Tweets]

Kim Taehyung also known as Taetae amongst the ARMYs shared a picture on Weverse. It seems from the gym at HYBE. V shared a mirror selfie. He is seen in a red tee a cap and black tracks. His face is hidden behind his phone and the mask. Taehyung seems to be working on his muscles it seems. The Run BTS and Yet To Come singer captioned his picture saying, "Latest Update." BTS' V's Instagram post is going to be a big trend in Hollywood News. Check out Kim Taehyung's Weverse post here: Also Read - BLACKPINK: From Kim Taehyung-Jennie Kim's dating saga to the Lisa being disrespectful of Lord Ganesha; here is a look at times they made news for reasons other than music

ARMY teases Taehyung back; latter reveals the reason for his absence

As soon as BTS V aka Kim Taehyung shared his post ARMYs started commenting on his post. They asked him to show his muscles and asked him about his workout. And BTS V also revealed the reason for his absence from Weverse. When an ARMY commented saying that he/she missed him, Taehyung revealed that he had forgotten his Weverse password. Well, it happens to everyone Taetae. Check out the tweets here. Also Read - BTS: Taekook trends as Kim Taehyung and Jungkook’s picture with their manager’s son go viral [View Tweets]

In other news, BTS V made headlines for his appearance at Celine's Fashion Show with Park Bo Gum and BlackPink's Lisa. He later featured in a drive vlog, all by himself. Taehyung along with the other vocal line of BTS (Jin, Jimin and Jungkook) collaborated with Benny Blanco and Snoop Dogg's Bad Decisions. BTS V was also seen on Run BTS which made its comeback on Tuesday (16 August 2022). Lastly, he is reportedly working on his solo album.