BTS member V aka Kim Taehyung is gonna go shirtless alongside Park Seojoon in the newest episode of In The Soop Friendcation. Don't say, you weren't warned, ARMY! 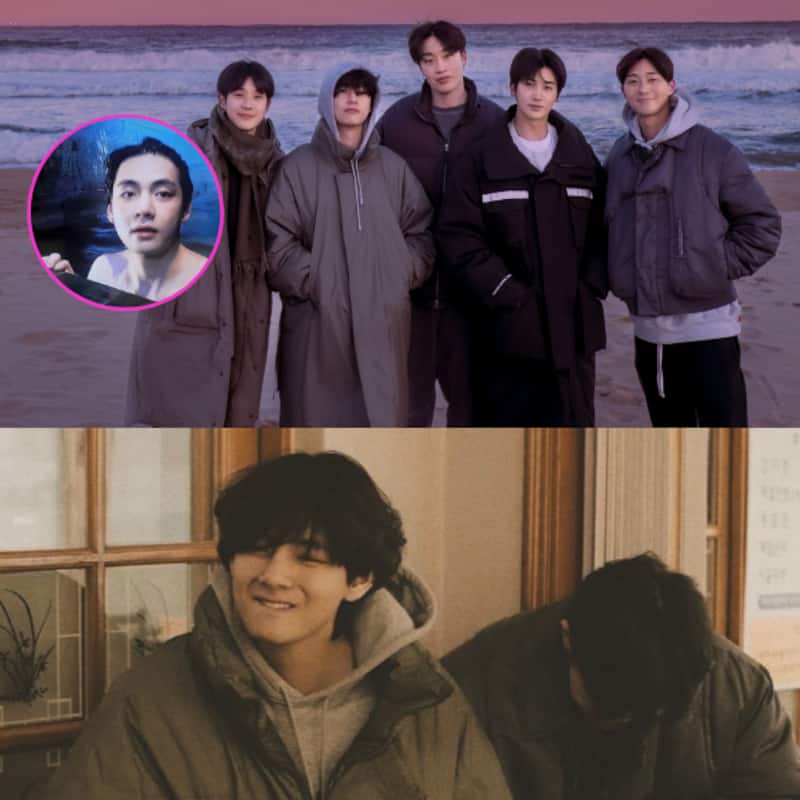 BTS' V aka Kim Taehyung and the Wooga Squad's new episode from In The Soop Friendcation is out in India on Disney Plus Hotstar. And the lucky ARMY who've watched the episode already are going bonkers over the friendship of the five Wooga Squad mates - Park Seojoon, Peakboy, Choi Woo Shik, Park Hyungshik and Kim Taehyung. In The Soop Friendcation is just like BTS In The Soop wherein the Bangtan Boys went on a vacation together. This time, it's the Wooga Squad. Also Read - BTS: Kim Taehyung aka V training to become an idol since he was a kid; desi ARMYs will relate to how he trained for Big Hit

Taehyung aka V to go shirtless

In the new episode of In The Soop Friendcation, we will see Choi Woo Shik and Park Hyungsik joining the rest of the Wooga Squad members - Taehyung, Seojoon and Peakboy. And the five of them will have a different kinda adventure together. They will go fishing and swimming together. Talking about which ARMYs are going to go bonkers after seeing five handsome boys dipping in the pool. Taehyung and Seojoon will go shirtless in the pool. Small clips and tweets about BTS V aka Kim Taehyung going shirtless again in the pool have become the talk of the town. BTS V aka Kim Taehyung and his Wooga squad are taking over Hollywood news and how! Check out the tweets here: Also Read - BTS member Kim Taehyung-Jennie dating rumours: After Yeontan, BLACKPINK singer Jisoo's name also crops up; here's what happened

Today's episode of ITS: Friendcation

Taehyung goes fishing with his hyungs

BTS' V aka Kim Taehyung will also go fishing whilst taking a ride on a yacht with Peakboy, Park Hyungsik, Choi Woo Shik and Park Seojoon in the newest episode of In The Soop Friendcation. And a picture of taetae with the number of fishes he caught is going viral online. Well, well, it seems Jin aka Kim Seokjin now has one more partner he can take fishing apart from Suga aka Min Yoongi. Teehee. Check out Taetae with the fishes he caught in the latest episode of In The Soop Friendcation here: Also Read - BTS: Ahead of Kim Taehyung's stint as DJ on Radio show, here are 6 BIG REVEALS to charge you up for more interesting tea tonight

It was V who suggested that the Wooga squad take a trip. The five of them went on a trip together before Park Hyunsik enlisted for military services. Seeing the boys (read friends) bond so heartily again is winning over the fans and ARMYs.