BTS V aka Kim Taehyung has shown his impact once again. The restaurant which featured in his VLOG is seeing huge crowds. It seems people had to be sent away as they ran out of food and ingredients 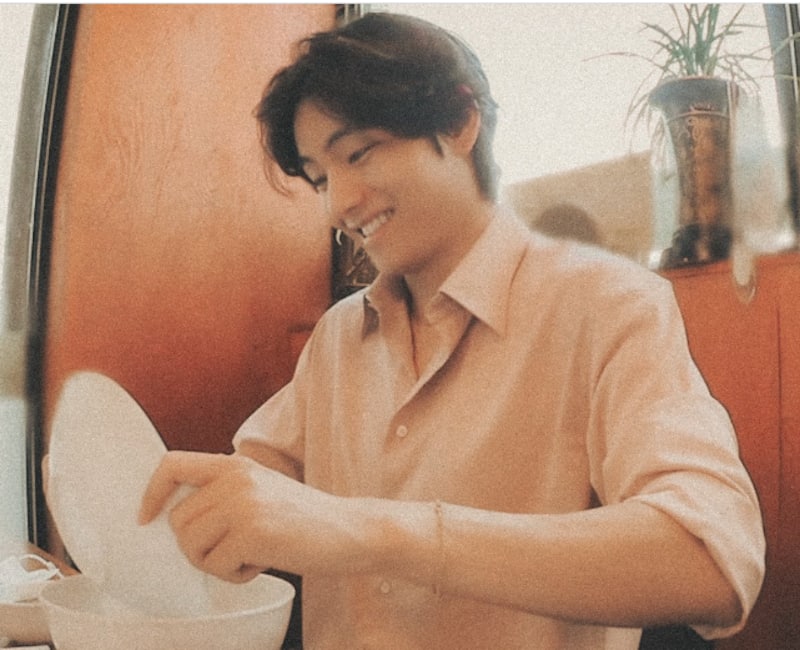 BTS fans are now watching VLOGs of every member on Saturdays. Fans were treated to BTS V aka Kim Taehyung's drive vlog where he took his car for a spin down the Han River. BTS V aka Kim Taehyung visited a park like area on the side of the Han River. The Vlog was a huge hit with fans. After getting his teeth checked at the dentist, he bought some corn from a local vendor. After driving for an hour or so, he headed to a restaurant for a meal. His interactions with the staff was rather cute as they seemed very keen to serve him really well. Fans also noticed how he used his black card to make payment for the meal. Also Read - Laal Singh Chaddha: Aamir Khan felt adapting Forrest Gump was like remaking Mughal-a-Azam and Mother India; asked Atul Kulkarni, 'How DARE you?'

Now, it looks like fans and locals are flocking to the restaurant and scenic spot nearby. BTS V aka Kim Taehyung's presence has boosted local business. This is not at all surprising. BTS members are known as Sold Out Kings. Jungkook has sold out everything from Kombucha to fabric cleaner and wine. BTS V is not far behind. The handsome vocalist of BTS has emerged as one of the leading Instagram influencers in the world. But the thing is that BTS is not doing paid posts so far on their handles. Also Read - Friendship Day 2022: Khatron Ke Khiladi 12's Rubina Dilaik hosts Rajiv Adatia, Sriti Jha, Nishant Bhat and others for a musical afternoon [Watch Video]

“[..] My friend left without eating because the restaurant ran out of food/ran out of ingredients” pic.twitter.com/CCLxYFOXQb

Kim Taehyung aka V of BTS played a number of songs in the drive vlog. Paolo Sandejas, Lizzo and Bing Crosby's handle reacted to the love BTS V showed to their songs while on the drive. He said that he has eight tracks for his album and wants to present quality music to his fans. BTS members are keeping ARMY super booked with solo and group projects! Also Read - Raksha Bandhan: Women mob Akshay Kumar to tie rakhis as he visits artisans in Jaipur; emotional star says, 'Aapka pyaar apni kalai par...'