BTS V aka Kim Taehyung's Chanel earrings get fans' attention as some point out that Blackpink member Jennie also endorsed this stuff some time back. Check out some fan reactions 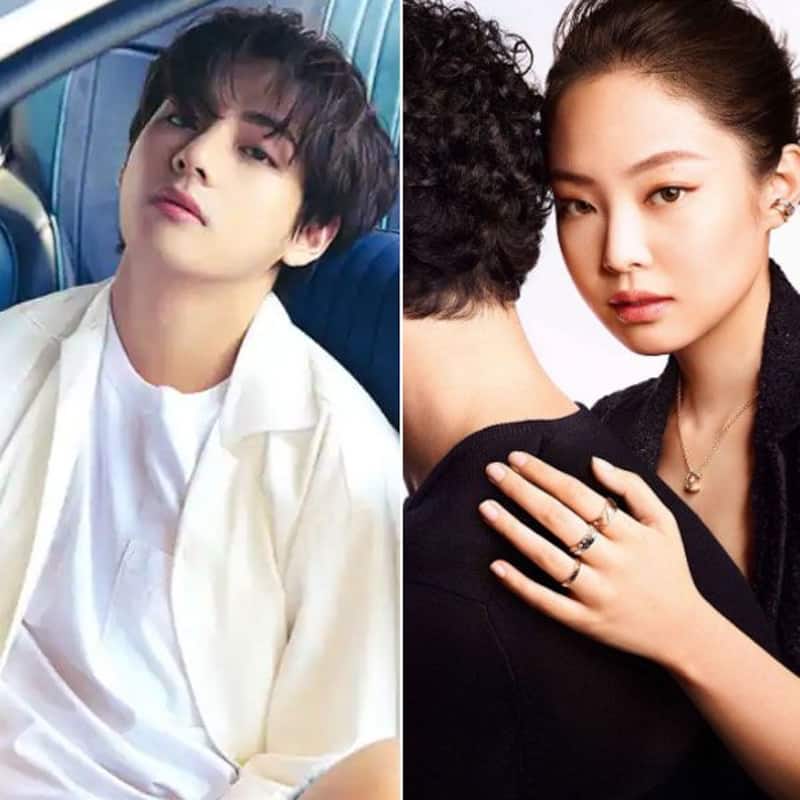 BTS members RM, SUGA, Jimin, Jin, Kim Taehyung aka V and J-Hope left from Seoul today for the US. They will be addressing dignitaries for the Anti-Asian hate campaign initiated by US President, Joe Biden. ARMYs the world over have their eyes on what is another feather in the cap of the magnificent K-Pop band that is leaving imprints in the hearts of millions. But of late, there is immense focus on the dating rumours around BTS V and Blackpink rapper-vocalist Jennie Kim. This began from last one week after someone posted a picture of two people who apparently looked like Kim Taehyung and Jennie in a car from Jeju Island. Fans who want to ship these two idols now have created a new moniker called #Taennie. Also Read - BTS: Did Kim Taehyung make a cameo in J-Hope's More MV? ARMY gets into Sherlock mode [View Tweets]

Today, Kim Taehyung was seen at the airport in a Bodo tee with brown pants. He also wore a beanie. But what caught the attention of many were his ear cuffs. Now, he has worn ear cuffs before but now, in the wake of the dating rumours, everything is under extreme scrutiny. The ear cuffs looked like they were from Chanel. Kim Taehyung aka V of BTS is known for his love of Gucci and Chanel jewels. But fans were quick to notice that Jennie of Blackpink endorsed something similar from Chanel in the month of January 2022. Take a look at Twitter reactions... Also Read - Shah Rukh Khan STEALS the thunder with his cameo in R Madhavan's Rocketry: The Nambi Effect claim fans

It is so sad to know this so called bts fans are thunk taehyung can't wear channel rings and piercing...

Jennie own it or what ? Is channel her brand or what ? Taehyung is most popular singer ,more popular than that girl! U think he have to think before wearing that piercing? https://t.co/gvDg0VNoLw

Tae leaving his fans in confusion and armyblink shippers who never followed him suddenly realizing tae wears from chanel coco crush and that its some kind of confirming or sht. #taehyung #jennie pic.twitter.com/aGv5zUZE0f

that earring he's wearing is clearly not chanel... pic.twitter.com/9bEWpsHbZO

However, as style details emerged later in the day, it was revealed that V's ear cuffs which were clip-ons were from the brand Boucheron. It is from the Quatre Radiant collection. BTS V aka Kim Taehyung has a lovely earring collection and it includes Coco Chanel too. He has been wearing them before. With silence on the dating rumors from HYBE, everyone is too busy with assumptions. Jennie was earlier linked to KAI from EXO and the K-Pop icon, G-Dragon. Anyways, BTS fans are gearing up for the album and this White House visit. Also Read - Sushant Singh Rajput to Harsh Varrdhan Kapoor; Rhea Chakraborty was linked up with these actors [Watch]