BTS: V is missing his boys, and this picture is a proof

BTS is currently on a break, and V is surely missing his boy. Check out his recent Insta post here...

In December 2021, Big Hit Music announced that BTS, the South Korean boy band, is going on a break. Jungkook, J-Hope, V, Jin, Suga, RM, and Park Ji-min are taking time off to focus on their day-to-day lives and spend quality time with their family and friends. ARMY was surely a bit upset about it and it looks like the boys are missing each other a lot. Recently, V aka Kim Tae-Hyung took to Instagram to share a picture that clearly proves that he is missing his boys. Also Read - BTS X Pushpa: After Saami Saami and O Antava, now Jin, Suga, J-Hope, RM, Jimin, V, and Jungkook dance on Allu Arjun’s Srivalli

V on his Insta story shared a picture of a corn dog and on it, he has written BTS with ketchup. Not just this, he also shared a goofy picture of himself in which he is looking damn cute. We are sure ARMY loves these posts by V. Check out the posts below… Also Read - BTS: From Jungkook's pic with his dogs to Taehyung's selca with RM, Jin and J-Hope – 10 MUST-SEE fanarts 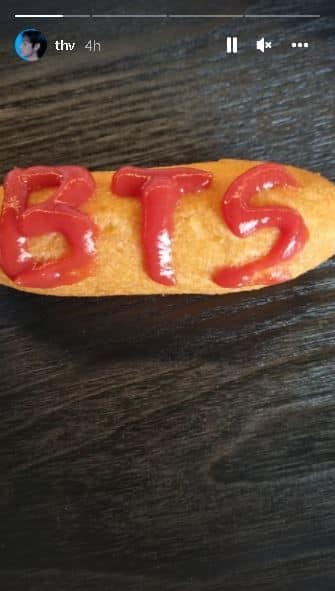 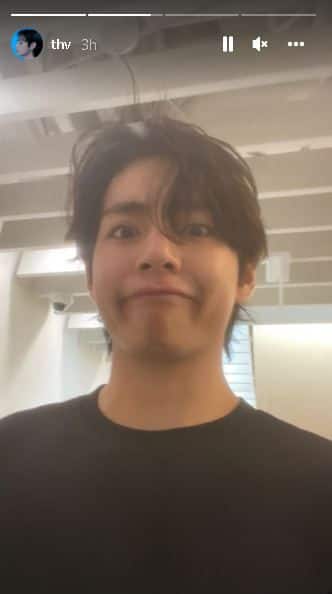 Big Hit Music in their statement had revealed that the band will be on a break during the holiday season and also the boys will prepare for their new album and their in-person concert coming in March.

The statement read, “BTS will be focusing on preparing for the concert and release of the new album that will mark the beginning of a 'new chapter'. They are preparing for a concert this coming March to connect and communicate with the fans in-person in Seoul.”

We are sure ARMY can’t wait for the boys to reunite.

There’s a different craze for BTS. Recently, V’s (Kim Taehyung) Mute Boston Bag was launched and it is said that in less than minutes the bag was sold out. Soon, the sold-out bag was being advertised on reselling sites at highly inflated rates.