Kim Taehyung aka BTS member V's version of popular K-drama Our Beloved Summer has garnered raucous applause both from ARMY and the show's fans, and now he has dropped another treat for them 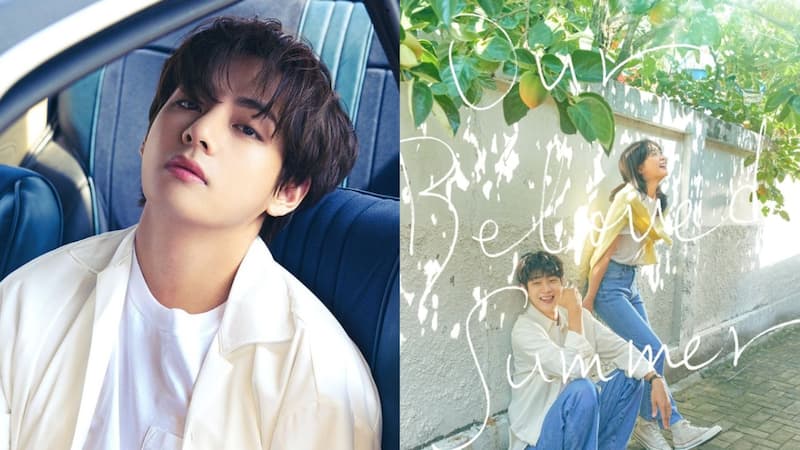 BTS' V (real name Kim Taehyung) has turned out to be a huge fan of one of the most popular K-dramas there is, Our Beloved Summer. And to show his appreciation for the widely watched show, the singer-songwriter even sung the theme song of Our Beloved Summer, garnering raucous applause both from ARMY (that's what BTS fans the world over refer to themselves as) as well as fans of the show. Even Choi Woo-shik, the lead actor of the K-drama in question profusely expressed his gratitude for the BTS member. Also Read - BTS: Rush Hour singer Crush reveals he sang at J-Hope's sister Jiwoo's wedding

Opening up about BTS' V crooning the theme song of Our Beloved Summer, in a recent interview with My Daily, post the conclusion of the show, Choi Woo-shik said that first and foremost he, himself, really likes the song as it always helped him act better, and so, when V, who he considers a close friend, told him that he'd be singing said song, the former was extremely thankful and happy to have worked with a friend on a project that would last his entire life. Also Read - BTS: Kim Taehyung aka V and Shah Rukh Khan radiate same energy, desi ARMYs TaeRukh agenda will win you over [View Pics]

However, that's not it. There's more treats in store for both ARMY and Our Beloved Summer fans. Following his version of the theme song, many had hoped for V to have a cameo in the K-drama's finale, with some even assuming that him belting out a track was an indication of the same. And while that never came to pass, it turns out that V was indeed a part of the finale albeit behind the scenes. The artist was present on set while the episode was being shot and even turned clapboy for his good friend, Choi Woo-shik, and lead actress Kim Da-mi. Watch it below: Also Read - Top Hollywood News Weekly Rewind: Adam Levine cheating scandal, Johnny Depp dating lawyer, BLACKPINK's Jennie Kim's leaked pics and more

Our Beloved Summer also stars Kim Sung-cheol and Roh Jeong-eui. It ran for one season, comprising a 16 episodes, and can be streamed on Netflix in India.