BTS: When Jin dressed like Jimin to protect him from death threats [Throwback]

BTS members are very close to each other. Today, here's a throwback to the time when Kim Seokjin aka Jin dressed up just like Jimin to protect him from the death threats that he received. 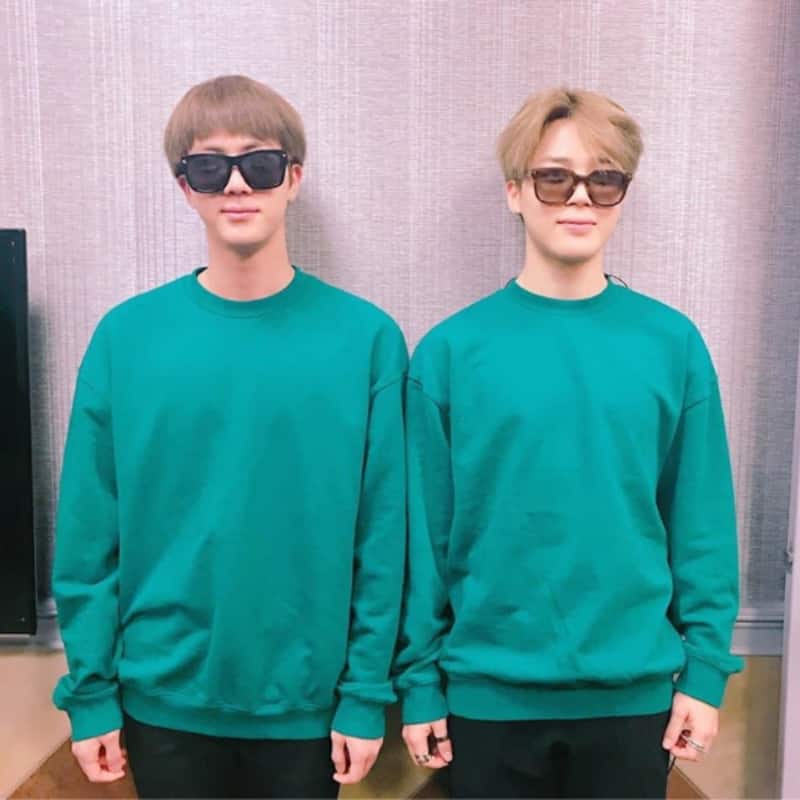 BTS member Jin celebrated his birthday yesterday. The eldest BTS member came live for a short time period and celebrated his birthday with the ARMYs. Another BTS member, Park Jimin aka Jimin was also watching Jin live as The Astronaut singer 'cut' the cake and chatted away with the ARMY. Their interactions reminded us of how close each of the Bangtan Boys really are. And we came across a throwback post when Jin dressed up as Jimin. While it might be taken for Seokjin just messing things up for a joke but reports state that it was a very grave situation indeed. Why did Jin dress up as Jimin during the concert? Read the whole story here: Also Read - BTS: Kim Seokjin aka Jin's pictures from Military Camp go viral; ARMYs feel proud of Mr Worldwide Handsome

BTS Jin dressed similarly to Jimin at a concert

Sadly, the BTS group has a lot of saesang fans out there. These fans often dish out threats about life to the Bangtan Boys. There are some nasty trolls as well who often dole out threats online without bothering about the consequences or the effects of those threats. Jimin is one of the members who have been getting a lot of hate and death threats online. It could be by solo saesang fans. And that's what happened years ago. Also Read - BTS: Jin aka Kim Seokjin takes us through the Super Tuna journey; his unbridled excitement on catching a real bluefish tuna is unmissable

A saesang fan shared the story of why Kim Seokjin aka Jin and Park Jimin aka Jimin dressed alike at a soundcheck of a BTS concert. It so happened that one of the ARMYs who was present revealed that Jin had copied Jimin's look from head to toe. It was because of the threats that Jimin received. The ARMY was in awe of Jin and wondered what the eldest member was thinking before taking such a step. Koreaboo also reported that other media reports claimed that the person who gave death threats also posted pictures of the seat ticket from the concert online, to show that they were attending the concert. Also Read - BTS: Kim Taehyung and Jungkook hang out with Parasite star Choi Woo-Shik and his brother at a bowling alley [View Pics]

As per reports, Jimin was quizzed about the incident at a press conference. The Filter and Run BTS hitmaker revealed that he didn't want ARMY to be worried. Jimin went about his performance like usual and didn't show his fears or inner turmoil during the performance. ARMYs were heartbroken with the whole thing. Meanwhile. Kim Seokjin aka Jin's birthday live is all over Hollywood News.