The most popular South Koran boyband, BTS will be collaborating with the International rock band Coldplay. Surprisingly, Coldplay has dropped an audio teaser of their first-ever collaboration. 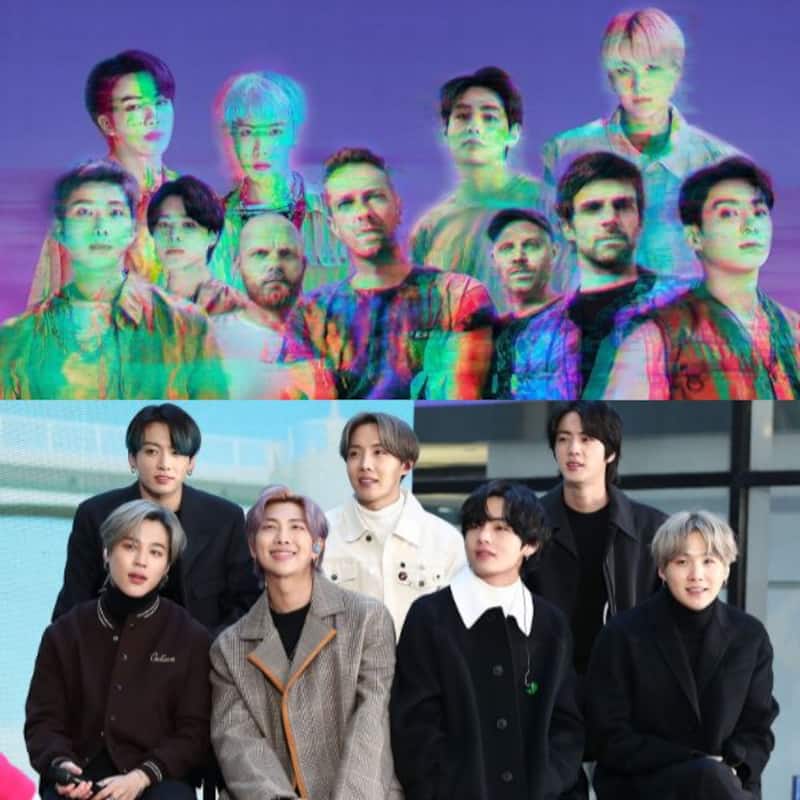 The most popular South Koran boyband, BTS will be collaborating with the International rock band Coldplay and fans are super happy with this. To add to their excitement, Coldplay has dropped an audio teaser of their first-ever collaboration My Universe with BTS, right ahead of their much-awaited release this Friday, September 24. Along with the audio-teaser, Coldplay tweeted, "And they said that we can't be together…" #MyUniverse // Coldplay X BTS // Out Friday //https://coldplay.lnk.to/MyUniverse // // @BTS_twt @bts_bighit" Also Read - Year Ender 2022: BTS V aka Kim Taehyung, Jungkook, Blackpink rapper Lisa; here is the list of Most Googled K-Pop idols of 2022

The digital release of My Universe will be accompanied by the Epiphane edition (CD single), followed by the release of Coldplay’s studio album Music Of The Spheres in October. It was on September 13 when British band Coldplay and South Korean music sensation BTS confirmed their collaboration. Also Read - BTS: When Jin dressed like Jimin to protect him from death threats [Throwback]

Well, ARMY just cannot wait for this collaboration. BTS never fail to surprise their fans. Recently, BTS has delivered a UN General Assembly speech and ARMY was proud of them. The band addressed a range of vital topics in their speech, but most of all, it included a special message for ARMY (their global fanbase), urging those among who aren't vaccinated (the anti-COVID-19 vaccine) to get it done ASAP while addressing them as ‘the welcome generation’. “Instead of the lost generation, a more appropriate name would be the ‘welcome’ generation because instead of fearing change, this generation says, 'Welcome,' and keeps pushing ahead. They challenged the thought of their generation being ‘the COVID lost generation’ saying. ‘It was a stretch,’” expressed Suga in his potion of the speech. Also Read - BTS: Min Yoongi aka Suga follows Psy to be the second Korean soloist to achieve THIS feat

“I hope we just don’t consider the future as grim darkness. We have people concerned for the world and searching for answers. There are still many pages left in the story about us and I feel like we shouldn’t talk like the ending has already been written,” urged Jungkook. Post this speech, Twitter was all about BTS.