BTS: Benny Blanco recreates Jimin's purple look from Dynamite for the Bad Decisions MV; this is how the Filter singer reacted on Twitter 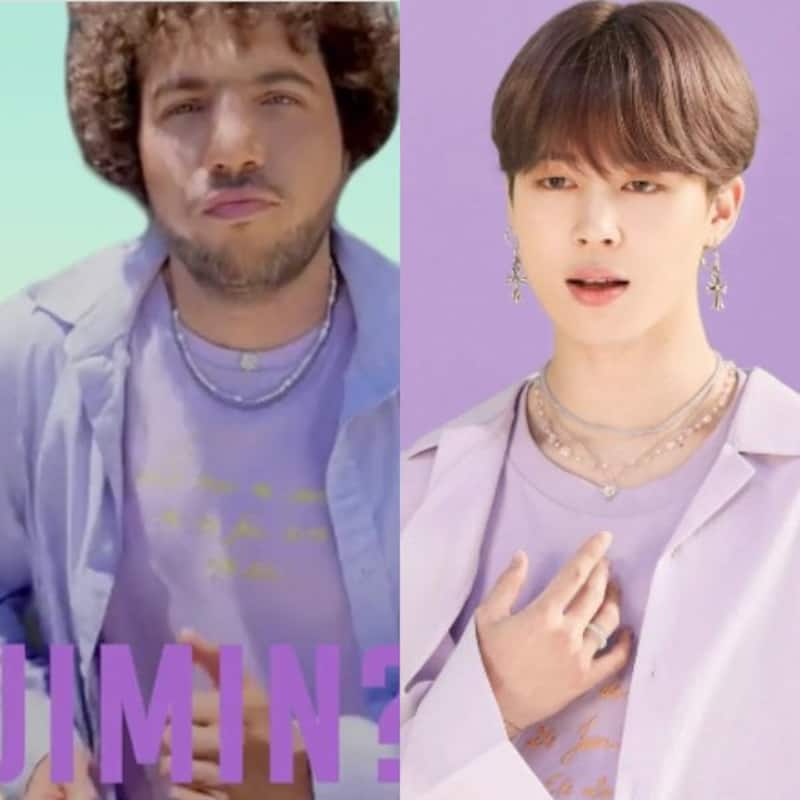 BTS x Benny Blanco x Snoop Dog song Bad Decisions is out. The song is about the BTS ARMY and how crazy they are about the boys. At least, that is what the video shows where Benny Blanco is shown as a passionate BTS ARMY. The video is hilarious and there are parts which has left ARMYs howling with laughter. We can see Benny Blanco recreating the looks of BTS from their hit music videos. Now, we have seen BTS fans dressed in costumes of Black Swan, ON and even Super Tuna for BTS concerts. Benny Blanco is seen in a purple outfit similar to what Jimin wore in Dynamite official MV. Also Read - BTS X Bad Decisions: ARMY not happy with the MV of Benny Blanco ft Snoop Dogg and Bangtan Boys? [View tweets]

Now, Jimin has seen that clip and reacted on the same. It looks like Jimin logged in from his iPhone, which is why Twitter Web App is now trending on social media. There was a joke that Jimin had deleted Twitter from his phone. Also Read - BTS: TXT's Soobin awestruck by J-Hope aka Jung Hoseok's Lollapalooza performance; check out cute fanboying video

.@BTS_twt there’s only 1 Jimin but at least i tried my best ? pic.twitter.com/HFA6mFx4x0

The song is a summer song and it is already trending on top. Benny Blanco is an American songwriter and music producer. ARMY went crazy after he posted a video asking Jungkook, Jimin, V and Taehyung if he could join as a member of the band. They said at most they can do a song together. Jimin is trending for his perfect English pronunciation and lines in the song. Also Read - BTS: Kim Taehyung's desi fan imagines him as son-in-law of an Indian home in this hilarious edit that will leave you ROFL [Watch Video]

PARK JIMIN I WANT YOU ALL NIGHT!

Can’t stop listening !
Jimin’s vocals is amazing, his English pronunciation is so accurate and sounds so sexy#BadDecisionswithBTS #BadDecisions #JIMIN https://t.co/jfBrq1smfl

[I want your love?]
I'll give you all my love, my heart, my head my lungs, my everything!?

[So give me all your kisses?]
OMG Jimin I will send you my kisses not only Monday, Tuesday, Wednesday but the entire week!??

Jimin's vocal contour is the most unique cus u can easily distinguish his voice even when 5 other vocalists are singing too. And his english accent has improved soo much it's crazy actually how he gets even better when he is already the best.Proud of him♥️pic.twitter.com/5ScSYVwcgF

?SEOKJIN: “so give me all your kisses, i want you monday, tuesday, wednesday baby every night”

Well, BTS members will now get busy for the Busan concert, which is supposed to happen in October 2022. All the members will be putting up a group concert which is a part of the bid for World Expo 2030. They might also travel to Doha, Qatar to perform at FIFA.