BTS: You’ll be zapped to know about the most expensive things owned by Jungkook, Jimin, J-Hope and more

They are one of the most popular bands. It seems they are also one of the richest if we go by their possessions. They own some swanky vehicles, lavish homes and many other things.

BTS aka Bangtan Boys recently released a new single, Butter and it is broken many records. BTS is one of the most popular bands. It seems they are also one of the richest if we go by their possessions. They own some swanky vehicles, lavish homes and many other things. Here’s a look. Also Read - BTS to perform Billboard Hot 100 No. 1 hits and special cover for BBC Radio 1 broadcast next week

Jimin
Did you know that for a live stream once, Jimin reportedly wore an outfit worth Rs 1,65,676? His shirt jacket cost $1,450 and his slippers from Gucci were worth $790. According to reports the singer also recently bought an apartment in South Korea's Nine One Hannam apparently worth $5.7 million. Also Read - BTS: From his fight with V to sleeping for only 2 hours a day, 6 things you probably didn’t know about Jimin

RM
It’s believed that with Jimin, RM too became the owner of an apartment in the same locality. They are now neighbours with people like BigBang’s G-Dragon, Jun Ji-Hyun and more. Apparently, he also owns another apartment in Hannam The Hill for worth $4 million which he has gifted to his parents. Also Read - 5 iconic BTS locations that should be on every ARMY's must-visit list – view pics 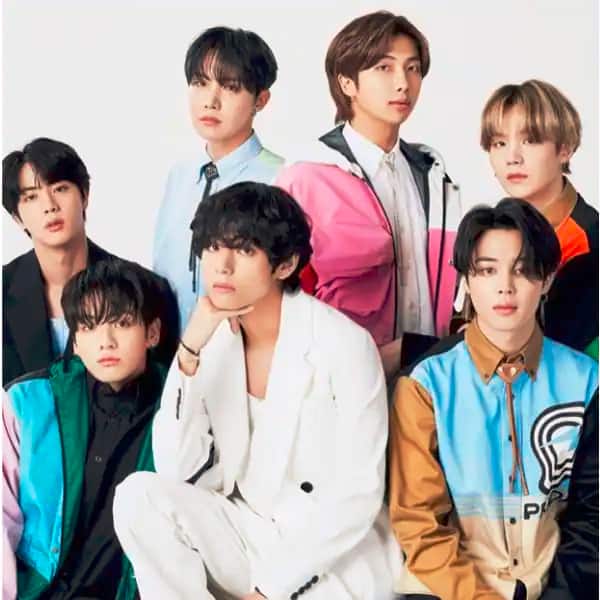 Jin
Jin is a big-time sports car fan and has a ‘rich’ collection. He has been spotted in a Porsche Panamera GTS or Turbo and also rides a Lamborghini Aventador S costing $522,000.

Jungkook
Like RM and Jimin, Jungkook also seems to be a real estate lover. According to reports, he owns a home worth Rs 51.4 crore in Itaewon, South Korea.

Suga
The singer is fond of expensive clothes. He also likes shoes and owns some from bands like New Balance, Gucci and Balenciaga too.

What do you think of their possessions? Tweet to us @Bollywood_life and let us know.