Ukrainian President Volodymyr Zelensky addressed the opening night crowd of actors and filmmakers at Cannes 2022. He quoted Charlie Chaplin in his address. 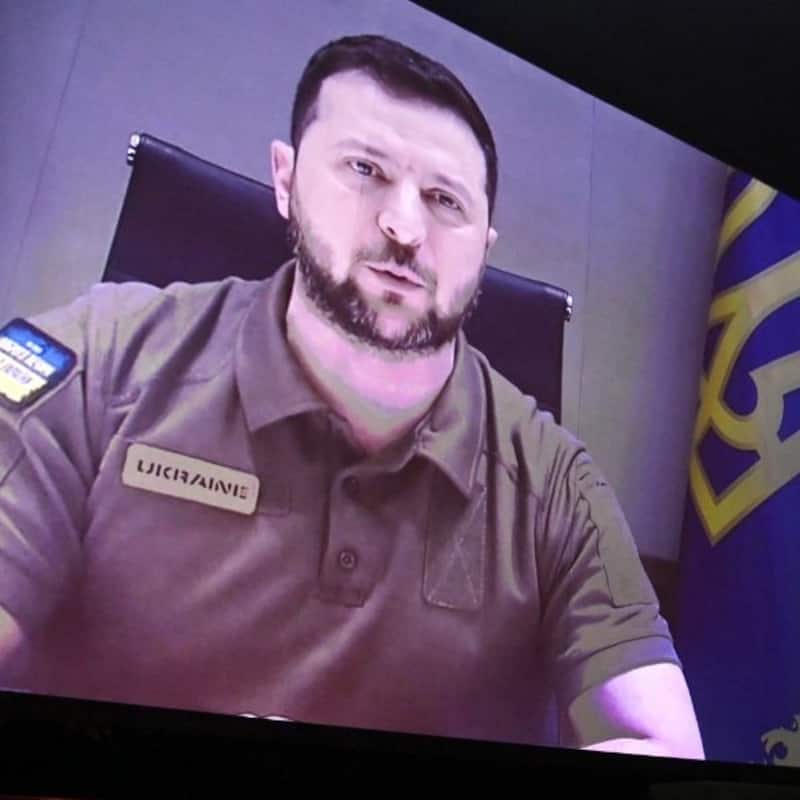 The Cannes Film Festival began on Tuesday. Ukrainian President Volodymyr Zelensky addressed the opening night crowd of actors and filmmakers. He delivered an emotional plea on behalf of his war-torn country, reported Variety. Reportedly, the festival-goes were left teary eyed. He said, "We continue fighting. We have no choice but to continue fighting for our freedom." According to reports, Zelensky's remarks came shortly before the premiere of Final Cut. Variety described the film as "a wacky zombie comedy that seems far removed from the brutality on display in Ukraine after Russia's illegal invasion". Also Read - Shehnaaz Gill's video writing Sidharth Shukla's name while signing an autograph is breaking the internet [Watch]

Quoting Charlie Chaplin’s 1940 film The Great Dictator, Zelenskyy said, “The hate of men will pass, and dictators die, and the power they took from the people will return to the people. And so long as men die, liberty will never perish.” Also Read - Adipurush: Prabhas and Kriti Sanon's chemistry to be the highlight of the film? [Deets Inside]

He added, “On February 24, Russia began a war of huge proportion against Ukraine with the intention of going further into Europe… Hundreds of people die every day. They are not going to get up after the end clap… Will cinema stay silent, or will it talk about it? If there is a dictator, if there is a war for freedom, again, it all depends on our unity. Can cinema stay out of this unity?… We need a new Chaplin who will prove that, in our time, cinema is not silent.” Also Read - Yeh Rishta Kya Kehlata Hai's Harshad Chopda gets candid about marriage plans; says, 'If I marry the way I fall in love then...'

He went on to say, “I say to everyone who hears me: do not despair; hatred will eventually disappear and dictators will die. We have to win this victory and we need cinema to ensure that this end is always on the side of freedom.”

Charlie Chaplin's The Great Dictator, a satire of Nazism, debuted before America had even entered World War II.

(With inputs from ANI and IANS)