Deepika Padukone or BTS V – whose vibes did you like more in this Celine Shirt? Vote Now

BTS V is a huge fan of the brand Celine. And recently, Bollywood actress Deepika Padukone was snapped wearing a similar shirt as that of the My Universe singer. Whose vibe in the Celine shirt do you like more? Vote now.

BTS V aka Kim Taehyung is not just an amazing singer, a fabulous performer or an adorable good boy. He is also known for being the Most Handsome Man and for his impeccable fashion sense. Bangtan Boys also love V's dressing sense and so do you ARMY, we know it. Now, there's a particular shirt that V loves to wear. He has been spotted wearing the shirt on numerous occasions too. We are talking about his white Celine shirt. Celine is one Taehyung's mots favourite brands. Be it for his airport looks, the soundcheck for the concerts, VLive sessions with ARMY, the My Universe singer has donned his favourite Celine shirt on several occasions. And recently, Bollywood actress Deepika Padukone was snapped in one too. Also Read - Shilpa Shetty to Akshay Kumar: Bollywood celebs who have lavish and stunning gardens

Deepika and Ranveer Singh were snapped at the Mumbai airport as they made their return from the Dubai promotions of 83. While Ranveer flaunted his usual eccentric fashion, Deepika Padukone made heads turn in a Celine shirt, matching Taehyung's favourite one. She teamed it with black leather tracks and a black jacket with fur fittings. Check out the actress' look here: Also Read - Cannes 2022 Round Up: Deepika Padukone and Aditi Rao Hydari slay it in BLACK at the prestigious film festival 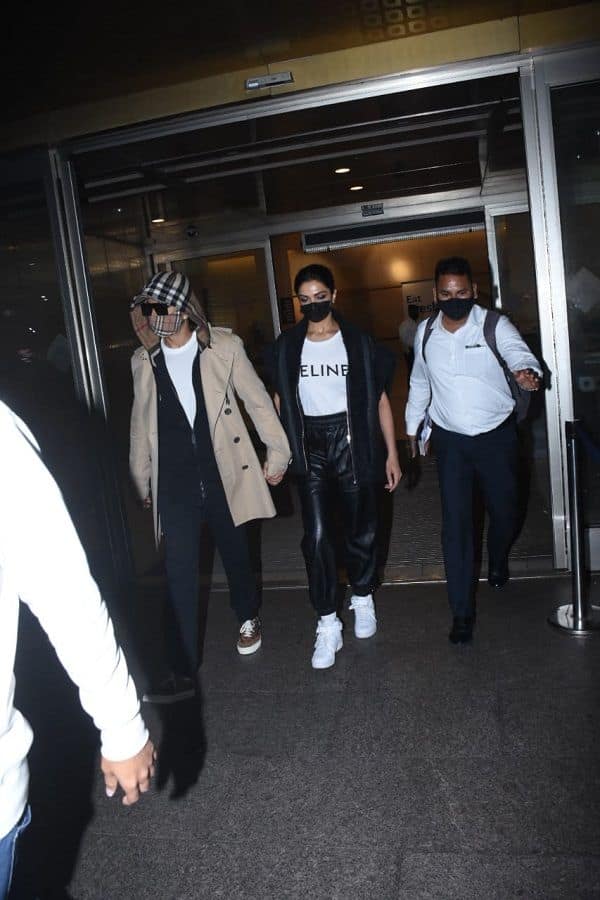 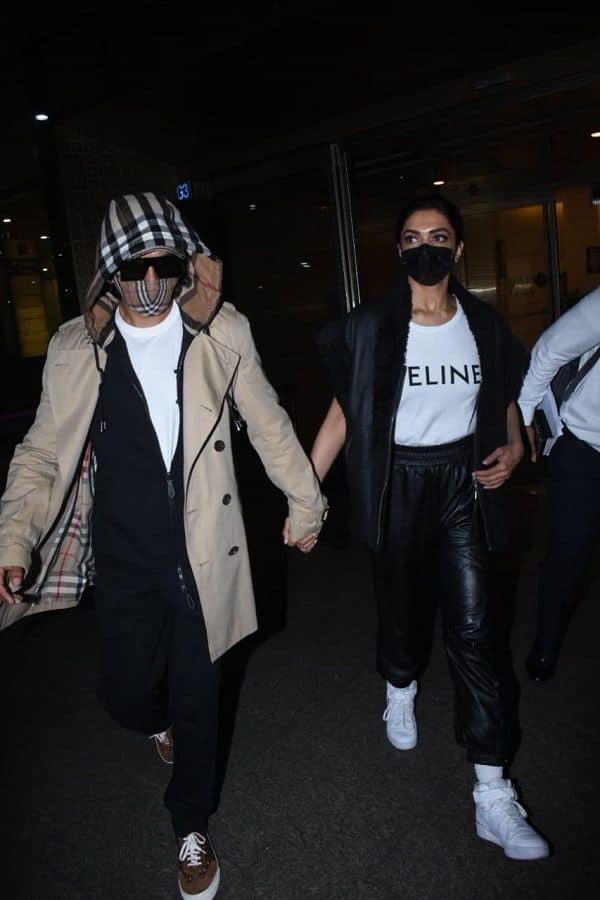 So, here's our question whose vibes in the white Celine shirt did you like most? Vote here:

Talking about Ranveer Singh and Deepika Padukone's middle east tour of 83 promotions. The actor who plays Kapil Dev in Kabir Khan's film had featured on Burj Khalifa. BTS V got a surprise from the BTS ARMY across the globe last year on his 25th birthday with a special birthday wish on Burj Khalifa. Coincidence? maybe. However, about the Pathan's Purple outfit at IIFA 2019. She had shared the pictures on her gram with the caption "I Purple You", a term coined by Taehyung.

?The famous Indian actress, Deepika Padukone used the phrase "I Purple You" a term coined by #Taehyung, while posing in a purple gown for IIFA 2019, suggesting that Taehyung's influence has reached Bollywood as well! pic.twitter.com/1LhekZyqRN

Or the fact that she had liked Louis Vuitton's post featuring BTS. Both are brand ambassadors of the iconic clothing line. Is it just us or did Deepika really drop so many hints about being an ARMY?

Meanwhile, V is actively chatting with ARMY on Weverse since he is on a break. He is also sharing loads of pictures on Instagram. Just last week, BTS made their Instagram debut. The boys - RM, Jin, J-Hope, Jimin, Jungkook and V, except for Suga are back in Korea and are under quarantine.