Dolittle is forced to forgo his hermit lifestyle post his wife's demise, to find a fabled cure on a mythical island after Queen Victoria of England falls gravely ill and her physicians fear the worst. Naturally, he's best suited for the job given his unique ability to communicate with animals and understand their emotions. 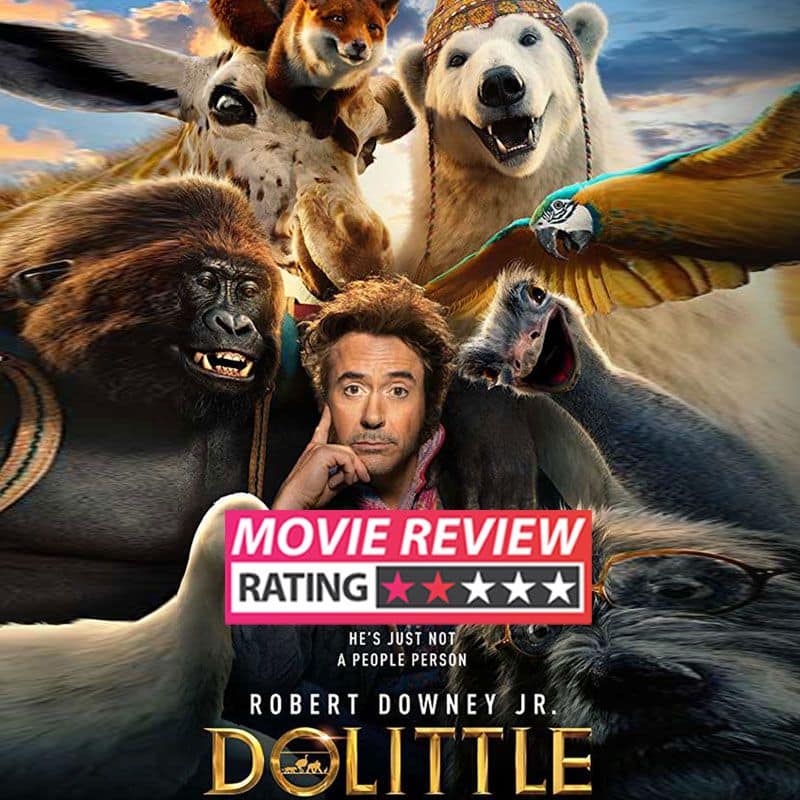 Of all the sueprstars in Hollywood today, Robert Downey Jr.'s case is probably the most curious one of all. He's loved the world over, but has built his rep solely on one character and one character alone — Iron Man. Other than his Avengers persona in the Marvel films and the two Sherlock movies, which arrived smack-bang in the middle of his Iron-Man-fuelled purple patch, RDJ doesn't have a single hit as a solo hero to his credit (though certain sections of the Hollywood press would love to manipulate facts). Even a film like The Judge, which arrived during said purple patch, crashed without so much as a whimper in spite of enjoying pretty good reviews. Also Read - International Yoga Day 2022: Robert Downey Jr. to Jennifer Aniston, these Hollywood stars are obsessed with Yoga

So, does his post Iron-Man attempt — something he's put all his weight behind (he' doubled as producer for this one and was instrumental in putting the whole project together) — have what it takes to emphasize Robert Downey Jr.'s star-power outside of the MCU. Sadly, no. Read our entire Dollitle review below: Also Read - Trending Hollywood News Today: Robert Downey Jr congratulates Johnny Depp, Amber Heard speaks on jury verdict and more

Dolittle, is the third adaptation of a series of children's book by Hugh Lofting, based on the central character of Doctor John Dolittle, and primarily inspired by the second book, The Voyages of Doctor Dolittle. The seventh such adaptation (the first being the 1967 Rex Harrision starrer, followed by the two Eddie Murphy films in 1998 and 2001, which were then succeeded by three diret-to-video spin-offs — all except the two Murphy movies were commercially successful), this one deals with Dr. Dolittle forgoing his hermit lifestyle post his wife's demise, to find a fabled cure on a mythical island after Queen Victoria of England falls gravely ill and her physicians fear the worst. Naturally, he's best suited for the job given his unique ability to communicate with animals and understand their emotions.

RDJ opens up about returning as Iron Man

A few scenes involving RDJ and his father-in-law, Rassouli, the ruler of another island, played by Antonio Banderas, are interesting, but that's thanks mostly to the latter. The same setup throws a couple of other engrossing sequences involving some of Dolittle's companions like Chee-Chee the gorilla (Rami Malek), Yoshi the polar bear (John Cena), Kevin the squirrel (Craig Robinson), James the dragonfly (Jason Mantzoukas) and one of Dolittle's old friends-turned-foes, Barry the tiger (Ralph Fiennes). The CGI-created animals are no doubt fantastic, but unless you put them to good use, like Disney's remake of The Lion King did, the razzle-dazzle won't achieve much other than leave kids awestruck, and quite little ones at that. Guillermo Navarro's camerawork also makes for a visual treat, but, like with the VFX, it isn't of much help when the creative departments falter.

Quite a long list here actually: For starters, what's up with RDJ and his horrendous accent, which just can't be placed. Secondly, we get that he wanted to set his Dolittle as apart from erstwhile versions, but in going overboard to do so, he just comes across as an insipid version of Johnny Depp's Jack Sparrow from the Pirates of the Caribbean movies — Dolittle makes for a bizarre performance from an otherwise good actor.

Additionally, the plot is all over the places, the antagonist is very weakly characterized (no fault of Michael Sheen), the animals' voiceovers, boasting a talented cast, aren't used appropriately to generate either pith feeling or fun (at times, Stephen Gaghan, Dan Gregor and Doug Mand's screenplay almost makes them ramble their lines while the plot is trying but failing to move forward) and the endeavor to crate an exotic, fantastical world wears off pretty soon. Stephen Gaghan, who's also directed the film, is guilty of shoddy narration for most parts and wasting an exuberant budget, where even potentially exciting scenes like one revolving around a dragon do nothing to enthuse you.

Robert Downey Jr. pulls out all the stops for his next, big family franchise now that he's done with Iron Man, but alas, precious 'little' (pun intended) actually works in Dolittle, with, surprisingly, his performance being one of the major letdown to go with a weak script and lackluster direction. This might works for kids aged 8 and below, but everyone else could 'do' (again, pun intended) a lot better than this by simply choosing to wait for other adventure films set to arrive in the coming weeks.