Enrique Iglesias shares a passionate kiss with a fan at an event in Las Vegas; lady responds with equal fervor [Watch Video]

Enrique Iglesias passionately kissed a female fan like a lover at an event in Las Vegas; the woman also responded with equal love. The video has gone viral now... 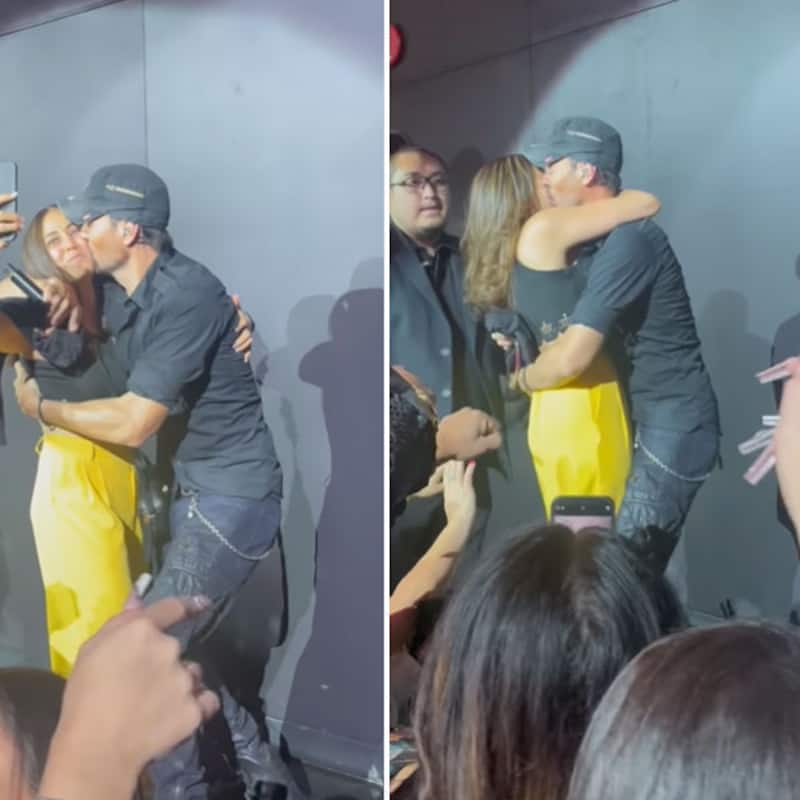 Enrique Iglesias is known the world over for his songs Hero, Bailamos, Rhythm Divine and so on. He had an event in Las Vegas where a number of fans got to meet and greet the handsome singer. Well, a lucky fan got the chance to get up and be with him on stage. While in normal circumstances, it would be a selfie, side hug or a hug or maybe a kiss on the forehead (extreme luck), this woman got a moment of a lifetime. Enrique Iglesias just took her in his arms and kissed her passionately. While someone else would be a little too dazed, this lady recovered and smothered him with kisses with equal fervor. Also Read - Trending Hollywood News Today: Last Film Show is India's entry to Oscars 2023, BTS military enlistment issue and more

A fan commented that his kisses must only be for his girlfriend, Anna Kournikova. They have been together for a long time now. While this might shock many, fans spoke about how Enrique Iglesias loved his fans. The singer who is originally from Spain is one of the modern greats of Latin music. Seeing the video someone commented, "He posted it to show that fans and people still love him, that’s he’s kind to his fans. If you spent any of the time we his fans do watching him, you would know. I’m not apologizing for him, nothing to apologize for. Him and Anna are obviously fine with it and have said so both multiple times. They both have posted each other and family photos. You are taking a few seconds from a concert and think you know everything." Also Read - Enrique Iglesias and Anna Kournikova welcome their third child, a baby girl

This is not the first time the singer has kissed a fan. He has done it before too. And no one has raised any objections. Enrique Iglesias' last tour was in 2019. Also Read - Good News! Enrique Iglesias blessed with twins;names them Nicholas and Lucy