BTS: Jungkook lives upto his 'International Playboy' reputation as he flirts with a fan; ARMY wonders if he is being coached by Jimin

Jungkook flirted with ARMY once during a VLive session and ARMY wondered whether it was Jimin's effect. BTS and BTS ARMY are two much adorable!

Jeon Jungkook is the youngest member of the most popular K-pop boy band BTS. He has a dual personality. For some, he is a cute little bunny and baby of BTS. However, his hottie personality is what ARMY goes gaga over all the time. Well, tbh, he really switches into his bad-boy persona like the flip of a switch that it's sometimes hard to believe he is the same Jungkook, the Golden Maknae of BTS. And when JK flirts with ARMY, well, what's to happen? Uff. Jungkook is usually very shy but exceptionally charming. And these days, it seems, his flirting skills are improving a lot. Also Read - BTS' V didn't participate in any choreography for 'Permission To Dance' concert due to THIS reason

So, during the live on his birthday, Jungkook was reading out comments from the Vlive. And one of the ARMY had commented saying that her mother considers him to be her son-in-law. He read the comment and kept staring at the screen. And then he switched on his flirting mode. "A handsome son-in-law?" he teased the ARMY. The Euphoria hitmakers literally teased the ARMY with his eyes. He thanked the ARMY mom saying, "Thank you, ma'am." Check out the video here: Also Read - This is how BTS's J-Hope reacted to Jungkook rapping a classic hip hop song – watch video

Talking about the video, fans are wondering whether this is the effect of his hyung, Jimin. Now, Park Jimin is known for this impeccable flirting skills. BTS ARMY has been flooding the post saying that his flirting is the effect of spending too much time with Jimin. ARMY is seen commenting that Jimin is teaching him how to flirt with them. While some have commented saying that he already knew how to flirt since he has a rep of 'international playboy'. Check out the comments here: Also Read - BTS CONFIRMS leaving Sony Music’s Columbia Records for Universal Music 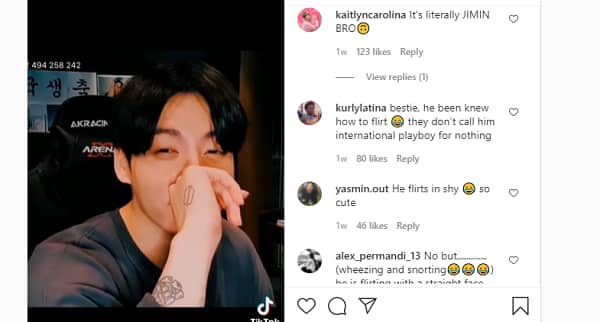 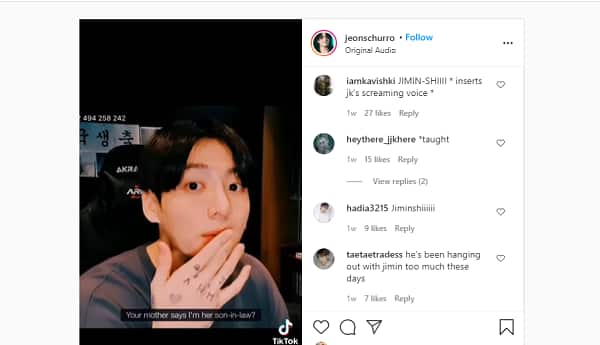 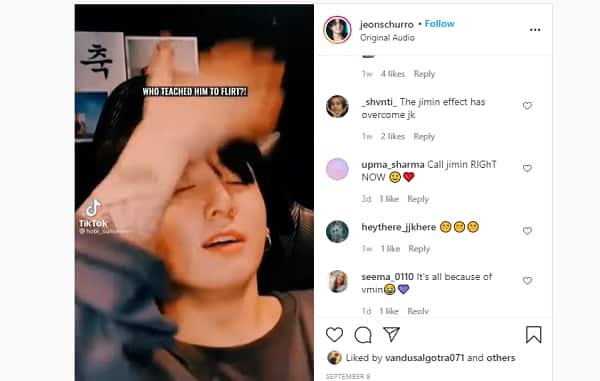 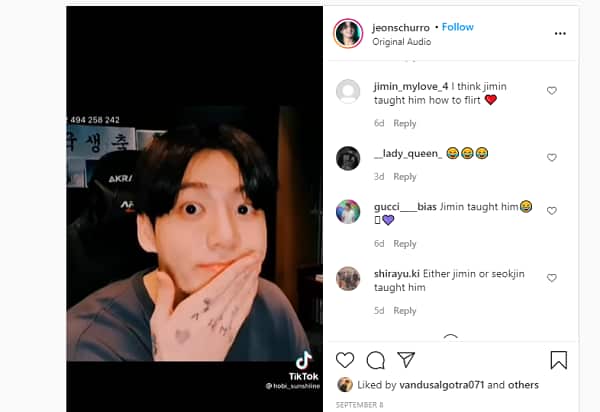 During his birthday live with ARMY, Jungkook sang a lot of songs and entertained them. He had initially said that he was very hungry but on seeing the love that was he was being showered with, Jungkook said his heart was full.