ARMY feels that something is being planned and that BTS might on James Corden's The Late Late Show soon. Have a look at the tweet of Papa Mochi that has sparked the speculations. 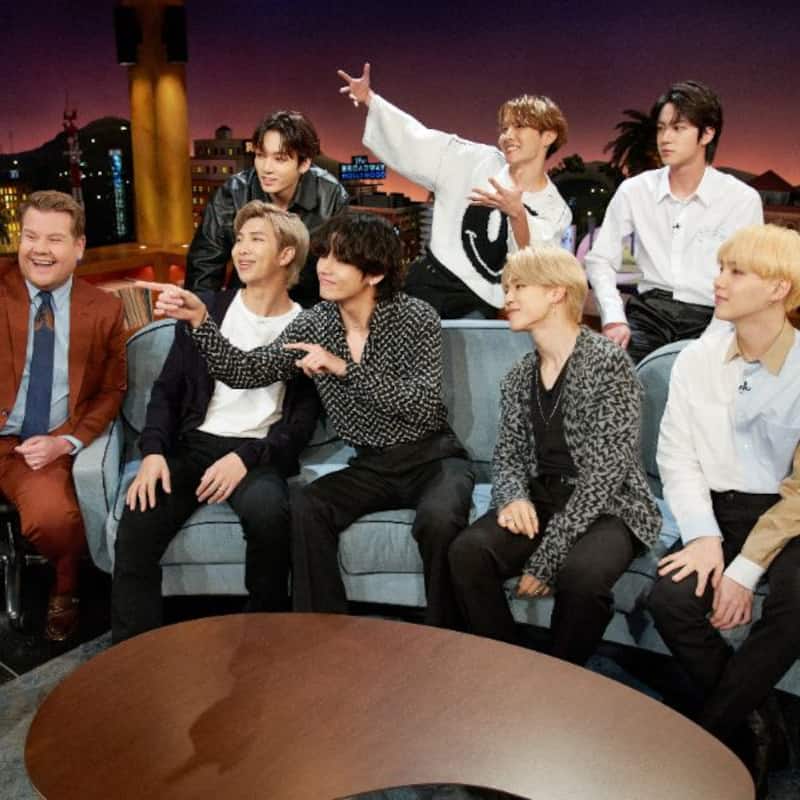 BTS’ guest appearances on The Late Late Show With James Corden have been quite epic and it seems they might be soon making an appearance on the show again. It so happened that a fan tweeted, “I miss BTS at @latelateshow with Papa Mochi @JKCorden.” Reacting to the tweet, Papa Mochi himself retweeted from the official account for his show, saying, “same.” So ARMY is all excited with this update. They feel something is being planned. Have a look at the tweet of Papa Mochi and some of the ARMY reactions: Also Read - BTS x Stranger Things fans make edits of J-Hope's More with the creepy series and they are Lit AF

I really want a skit between James Corden and Jimmy Fallon about which of them is a bigger BTS fan that is rendered moot when John Cena shows up. Papa Mochi vs Jimin Fallon's Dad

this makes me suspicious ??‍♀️ bts comeback is near

Meanwhile, BTS’ latest tracks Butter and Permission to dance have done really well. Even their YouTube channel is rocking. According to Forbes Korea, BTS has earned a lot of money from YouTube this past year. Their account has 57 million subscribers and over 109.3 billion views. It is believed that BTS has earned around $16.4 million reportedly. BTS’s combined net worth is estimated to be $100 million, according to Seventeen. Also Read - BTS: Did Kim Taehyung make a cameo in J-Hope's More MV? ARMY gets into Sherlock mode [View Tweets]