Kim Kardashian took to her Insta stories to reveal the Christmas gift that she and her siblings received from her mother Kris Jenner. Read on to know more...

The Holiday season is going on as it’s Christmas and New Year's time. The Kardashians and the Jenners have come together for the celebration and after having a look at Kim Kardashian’s Insta stories we can surely say that the family is having a great time together. Well, Kris Jenner has given an expensive gift to her kids on Christmas, and Kim shared about it on her Insta story. The gift that Jenner has given her children is colourful Moke golf carts. Also Read - Rihanna, Cardi B, Beyonce and more – 10 jaw-dropping pregnancy photoshoots of Hollywood celebs

An excited Kim shared a video of the gifts on her Insta story and in the video, she says, "Oh my god! Look at our Christmas presents from my mom." In the video, she shows a custom-made cart for Kourtney and Travis; it’s white in colour with a skull on it. She says, "This has to be Kourtney and Travis, for sure." Well, Kim and Kylie got the pink carts. On the video, she wrote, "Thank you, mommy." Also Read - Trending Hollywood News Today: BTS' Jin returns to Instagram, Johnny Depp 'Reenergising' in the UK amidst trial against Amber Heard and more 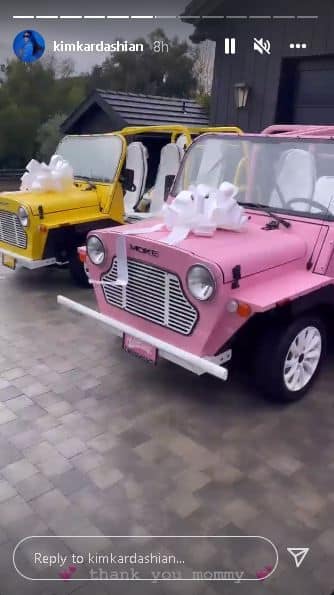 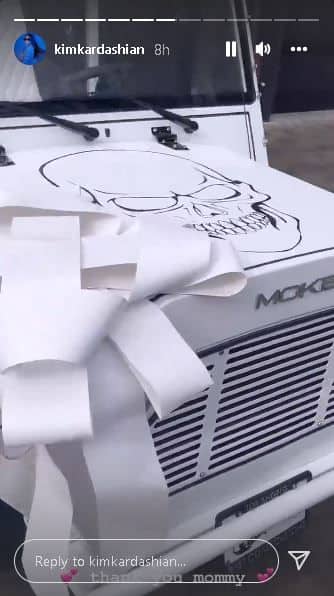 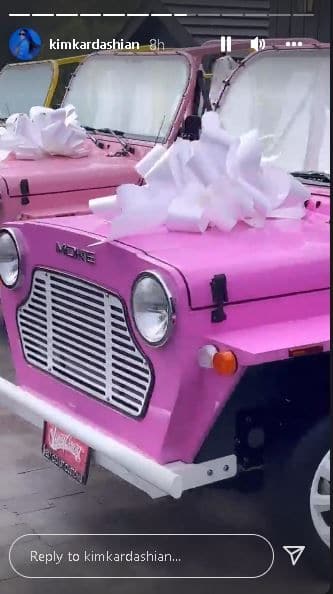 She has also been in the news for her personal life. Earlier, this year, she got separated from Kanye West and now, there are strong reports of her dating Pete Davidson. Reportedly, Pete also attended the Kardashian-Jenner Christmas bash. It is said that he was accompanied by his mother.


Kim was also in news this year, for her outfit at the Met Gala. She was trolled for it and there were many memes made on her outfit. Stay tuned to BollywoodLife for the latest scoops and updates from Bollywood, Hollywood, South, TV and Web-Series.
Click to join us on Facebook, Twitter, Youtube and Instagram.
Also follow us on Facebook Messenger for latest updates.
Advertisement