BTS' J-Hope, Kanye West, Kim Kardashian, Brad Pitt and other Hollywood stars made it to the headlines today. Scroll on to know why! 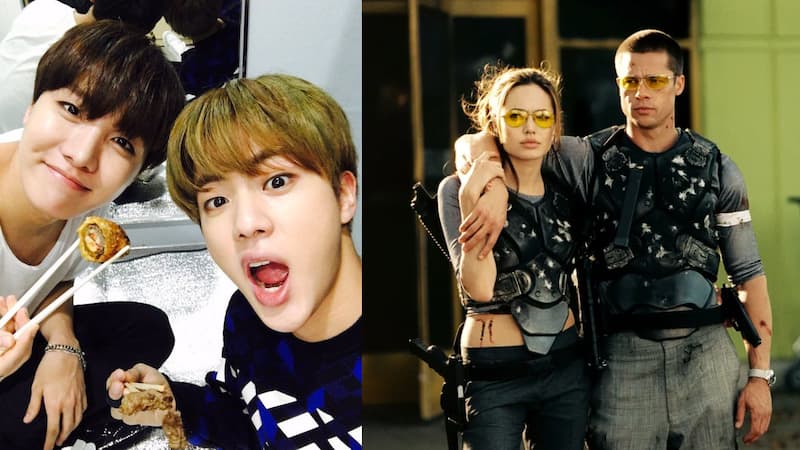 BTS member J-Hope turned a year older today and as an early birthday gift, he received a toilet brush made of gold by fellow member and friend Jin. It's cost will leave ARMY in a tizzy. Reportedly, Brad Pitt and Angelina Jolie's legal battle has gone beyond divorce and now the Once Upon A Time In Hollywood actor has sued his ex-wife over a business deal. Amidst Kanye West' attacks against Pete Davidson, Kim Kardashian has allegedly unfollowed him on social media. For more news and gossip straight from Hollywood, scroll on! Also Read - BTS: Jungkook, Suga, VMin and Namjoon's adorable moments from BTS Island In the Seom has ARMY hooked [Watch]

Brad Pitt sues Angelina Jolie over business deal
If the latest reports are anything to go by, Brad Pitt has now sued his ex-wife Angelina Jolie over a business deal. A lawsuit has been allegedly filed against her with respect to the sale of her stake in the French winery. The lawsuit stated that Angelina sold her interests in the company without his knowledge, as reported by The Blast. Also Read - BTS: Charlie Puth describing his conversations with Jungkook without knowing Korean is perfect example of vibe attract tribe

Kim Kardashian unfollows Kanye West
Amidst Kanye West making back to back social media attacks against Kim Kardashian's alleged boyfriend Pete Davidson, it has been reported that she has now unfollowed her ex-husband on Instagram. It was recently that Kanye West had hoped to get back with his family.

Austin Butler wins hearts in Elvis trailer
The trailer of Elvis starring Austin Butler is out now and fans are deeply in love with the resemblance the actor shares with King of Rock and Roll Elvis Pasley. The film also stars Tom Hanks as Tom Parker. Check out the trailer below: