From V’s acting plans to J-Hope’s plans for the second mixtape: Here's some interesting new REVEALS about BTS we bet you didn't know

Popular South Korean band BTS open up about their music, their personal lives, future goals, and much more in their interviews for Rolling Stone's "The Future of Music Issue." Let's look at the 10 new things we have learned about BTS through these.

Popular South Korean band BTS open up about their music, their personal lives, future goals, and much more in their interviews for Rolling Stone‘s “The Future of Music Issue.” Let's look at the 10 new things we have learned about BTS through these. Also Read - Just 4 nervous fanboy moments of BTS members with Usher, Ariana Grande and others to make you fall in love with the Bangtan boys all over again

Did you know that V was a hidden member of BTS? The members did not reveal V in the public until 11 days before BTS’ debut. Bang Si Hyuk told Rolling Stone the reason why they chose V for the part and said, "We needed momentum to announce that the team called BTS was finally complete. V had great charms in terms of appearance and personality, so I thought it would be impactful when he was revealed last. It was an effective strategy informing the team’s overall image, as well as leaving an impression of each member." Being the secret member of BTS, V was left saddened as he could not attend BTS’ pre-debut activities. Also Read - BTS wins BIG at Billboard Music Awards 2021 ahead of the main show; here's how V, Suga, Jungkook, Jin, Jimin, RM, J-Hope reacted

Suga shared his thoughts about ARMY and dating 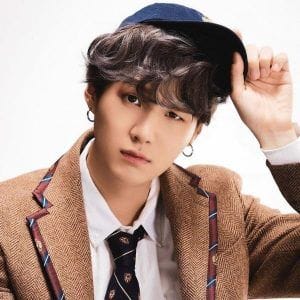 Suga said that ARMY is not an entity but a group of individuals with their own feelings.

Under the BTS laws, male idols who have received government medals for their cultural contributions can apply for a deferment until the age of 30, which means Jin would not have to enlist till 2022.

Jungkook gets inspiration from Ariana Grande 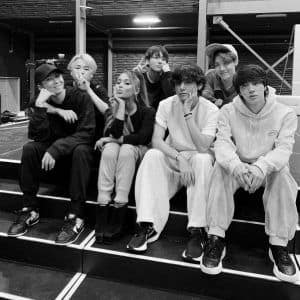 Jungkook revealed that singer Ariana Grande inspires him. He was left inspired after watching her perform in person. In an interview with Rolling Stone, Jungkook said "It’s true I couldn’t spend a lot of days at school, but I think I gained more than I lost,” Jungkook said. “I sometimes felt envious of all my friends hanging out or going on a trip. Maybe those are the things that I missed. But again, I think I gained more than I’ve lost."

Jimin didn’t always think he was good at dancing, but always enjoyed it

Jimin is one of the best-known dancers in K-Pop. There was a time when he did not recognize his talent and didn’t think he was good at dancing.

J-Hope’s plans for a second mixtape

J-Hope's fans are eagerly waiting for years for his sequel to Hope World. But, he revealed that his next mixtape will be more mature than his first one. He even said that he will try to contain stories that he wants to tell in the second mixtape.

V's acting plans in the future 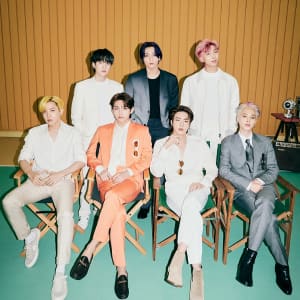 Did you know V made his debut in Hwarang: The Poet Warrior Youth? The handsome star said acting is something that he has been thinking about after he turns 30.

BTS and their styling scenes

During the initial stage, BTS' style and fashion choices were quite limited to their small budget agencies. Jungkook revealed that now they have more freedom and can explore in terms of fashion. He even said that now they hold meetings to decide on their concepts.