The picture showed Zayn's tattooed arm handing over some colours to his daughter Khai. However, it feature their faces. She captioned the image, "& to Khai’s baba!!!" followed by a smiling emoji. The next picture she posted on Instagram stories was with her father Mohamed Hadid and wrote, "Happy Father’s Day to my sweet baba. I love you!” Also Read - BTS confirms they are not breaking up; check out Backstreet Boys, The Beatles and other bands who couldn't dodge the 'disbanding' bullet 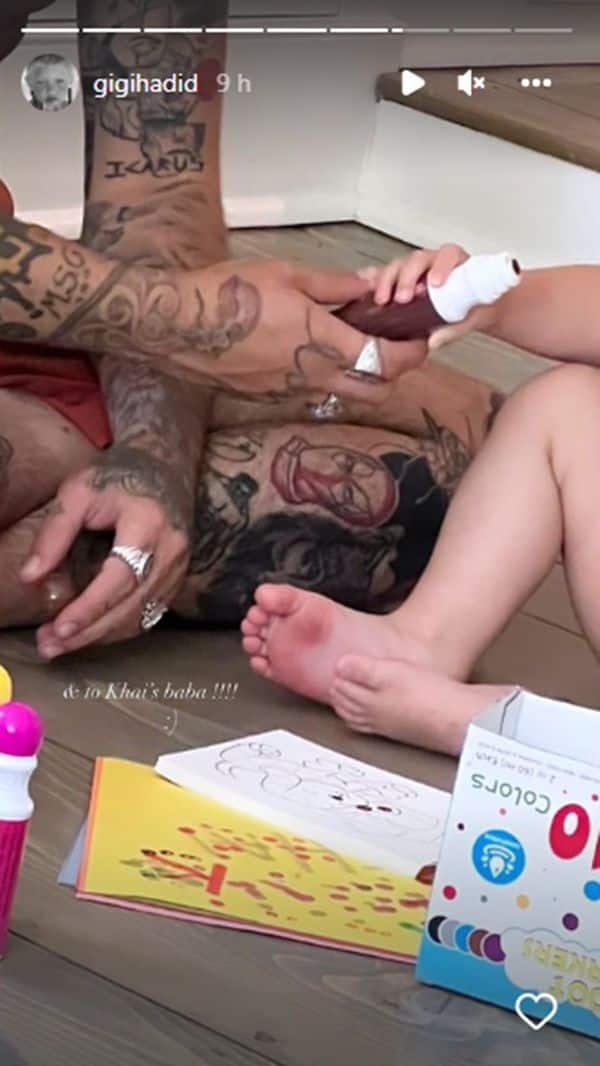 Earlier in January, A source spilled to Us Weekly about the current nature of the former couple's relationship. "There is no custody battle going on right now," the so-called inside source went on saying. The insider added that the exes, who share their 16-month-old daughter together, are "just trying to work things out as co-parents," noting that Zayn has been continuing to prove he is a "responsible father" to their little girl.

A separate source told In Touch that Zayn "has been working on himself." The insider said, "There's still a strong emotional connection between him and Gigi, but there are also lingering trust issues. He'd have to prove that he has fixed his anger problems and completely changed for Gigi to consider giving him another chance. They're taking it one day at a time and seeing what happens, but she's prioritising Khai over anything else," the source claimed.

Gigi and Zayn reportedly ended their romantic relationship shortly after he reportedly struck The Real Housewives of Beverly Hills star in the exes' Pennsylvania home.