Grammys 2020: Nick Jonas had food stuck in his teeth during his performance, and Twitter had a field day

Priyanka Chopra's hubby had a food particle stuck within his teeth, and in today's day and age of high-tech cameras, said food particle made as much headlines as the Jonas Brothers crooning their new track

The Grammy Awards 2020 was concluded a few hours ago with great pomp and vigour, with Lizzo, Anderson .Paak, Billie Eilish, Lil Nas X, Billy Ray Cyrus, Gary Clark Jr., Tanya Tucker, The Chemical Brothers, Lady Gaga and Bradley Cooper taking home multiple trophies. It was also great to see legends and veterans like Dolly Parton, Willie Nelson, Beyonce and Madonna still bagging Grammys. However, no Grammy night is complete without some scintillating performances, and true to form, this year's ceremony didn't disappoint with several acts that set the stage on fire. However, among the fabulous there was also the funny courtesy Nick Jonas. Also Read - A peak into Priyanka Chopra and Nick Jonas' London home will make you crave for a life like that of our desi girl

Now, we're not saying that the Jonas Brothers' performance of their latest single, What a Man Gotta Do, was anything less that the others' of the night. It's just that a certain flaky appendage of Nick happened to grab all the attention online. It so happened that Priyanka Chopra's hubby had a food particle stuck within his teeth, and in today's day and age of high-tech cameras, said food particle made as much headlines as the Jonas Brothers crooning their new track. We're not kidding you; it was quite visible and was one of the star attractions of the night. Also Read - Before Samantha Ruth Prabhu - Naga Chaitanya divorce rumours, reports of spilt of THESE much loved celeb jodis that rocked the film industry 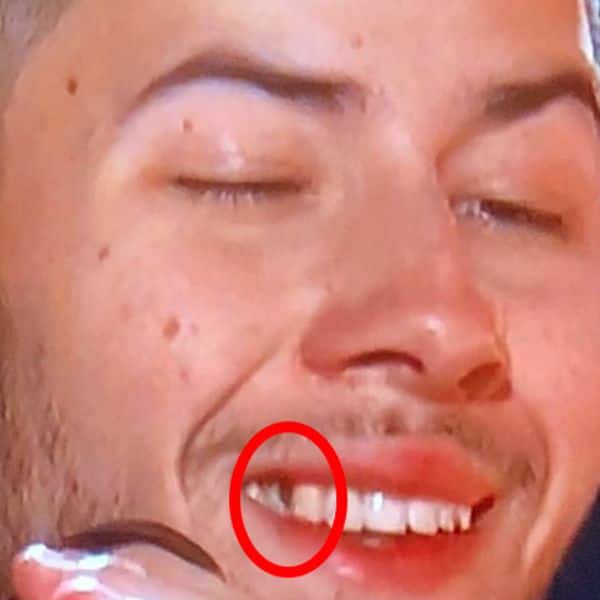 Twitter going into a tizzy sharing the image, speculating what could be the nature of the food item lodged in Nick Jonas' teeth and even guessing whether it could attract brand endorsements for the singer/actor...

Nick Jonas had food in his teeth. Yup. #GRAMMYs pic.twitter.com/apxAgrv0qP

Is Nick Jonas on the #GRAMMYs stage with spinach or something in his teeth?!? pic.twitter.com/BKWREj4U3l

nick jonas with spinach in his teeth is my favorite part of the whole show#GrammyAwards pic.twitter.com/fPPlX1B5wP

Nick Jonas is about to be sponsored by @OralB #nickjonas #jonasbrothers

One user even wondered if it could be payback by Nick's brothers...

Well, Nick Jonas himself was quite a sport about the whole thing once he was made wise about it, proving that's just like each one of us...

And at least you all know I eat my greens. ?

Well, some comical diversions are always welcome during such starry affairs, and we're glad that the target of the jokes himself saw the lighter side of things. Stay tuned to BollywoodLife for all the latest scoops and updates.