Guardians Of The Galaxy star Chris Pratt calls Sidharth Malhotra an action hero; says, 'We got to work together man'

Sidharth Malhotra and Chris Pratt bonded well over a video call while talking about their love for Indian food and fitness. Chris was so impressed by Sidharth's physique that he instantly figured out that he is an action hero. 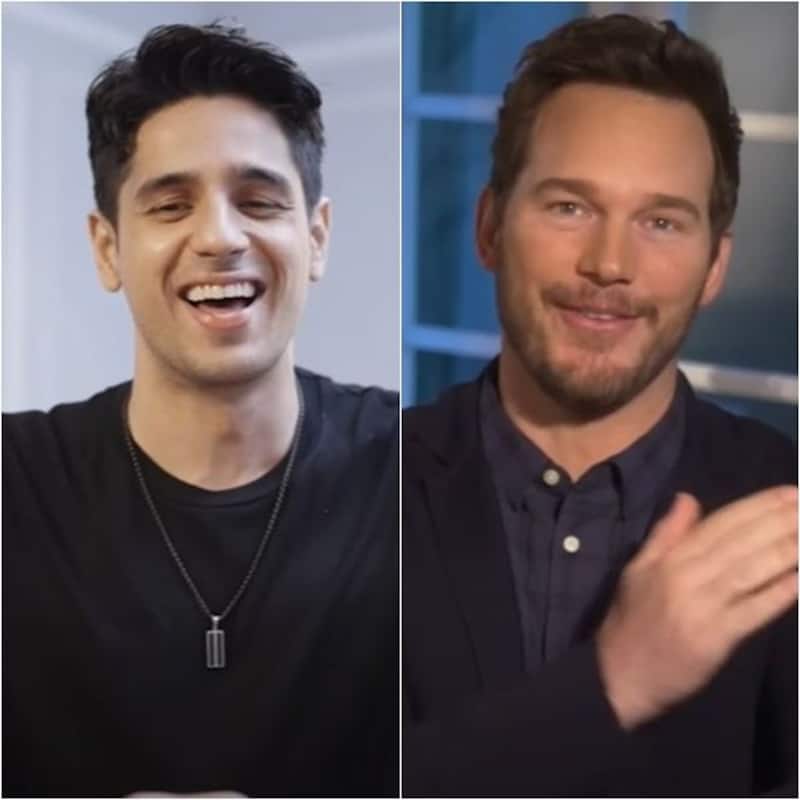 Shershaah star Sidharth Malhotra and Guardians Of The Galaxy fame Chris Pratt recently engaged in a conversation ahead of the release of Pratt's upcoming OTT series The Terminal List. From talking about their love for Indian food to fitness, Sidharth and Chris bonded well over a video call. Chris was so impressed by Sidharth's physique that he instantly figured out that he is an action hero. Also Read - It’s AWKWARD! Hrithik Roshan, Sidharth Malhotra and more celebs will tickle your funny bone

When Sidharth talked about his love for action genre, Chris immediately turned to Sidharth and told him he can tell the latter is an action hero by just looking at his muscles. "I can tell you are an action hero for sure just looking at you, ah look at this guy. We got to work together man," Chris said. Also Read - Trending Entertainment News Today: Shah Rukh Khan-Salman Khan fandom war gets nasty, Kiara Advani-Sidharth Malhotra celebrate 1 year of Shershaah and more

While Sidharth was seen as the Kargil war-hero Captain Vikram Batra (PVC) in Bollywood film Shershaah, Chris Pratt essays the role of US Navy SEAL James Reece in The Terminal List. Talking about authentic portrayal, Sidharth got talking about playing a Kargil war hero in some of the harshest mountainous terrains of Indian when Chris praised Sidharth's physique as an action star. Also Read - Rumoured lovebirds Sidharth Malhotra and Kiara Advani confirm they are together [Watch video]

Sharing insights from his prep for the show, Chris said, "The original author, Jack Carr, is an ex-Navy SEAL, and has fabricated this interesting story about a soldier who has been in similar combat. So, we cast all former navy SEALS to play my men in the combat inside that series of tunnels in Syria, shown in the first episode. We didn't have to teach them anything, except some of the tricks and trades of the acting, like how to hit a mark, where the camera is placed. But their physicality and body movement are entirely authentic."

In the video, Pratt also tried to decode Indian foods such as Chicken 65 and Bheja Fry. Chris' funny guesswork on Chicken 65 left Siddharth in splits, asking for an illustration of Chris' version of the food. Pratt promised to visit India and try some brain fry someday.