Hey BTS Army, did you notice this hidden message in the Bangtan Boys' Idol choreography?

BTS members have a hidden message in their choreography and not many have noticed this interesting thing about the Bangtan Boys. 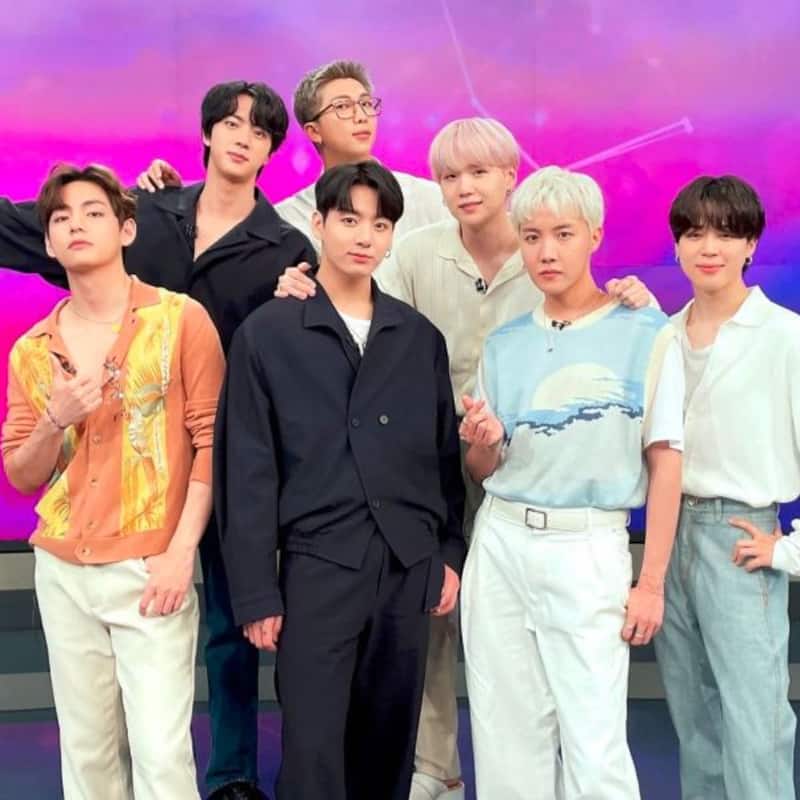 BTS members leave no stone unturned to make people fall in love with them. The Bangtan Boys have a massive fan following and this is the only one that has got no haters. Only a die-hard fan of the band will know that there is a hidden message in everything the band does. However, one hidden easter egg in the choreography is now making rounds on the internet. Many people have observed it and feel it is quite obvious but many admitted to watching the performance many times throughout the years and not connecting the dots for this hidden message. When J-Hope sings the lyrics, "Sometimes like a superhero, I’m your Anpanman," it is with reference to BTS’s song of Anpanman in which he poses like the hero himself. Also Read - BTS: Kim Namjoon aka RM’s solo album Indigo is a MASSIVE HIT already; achieves THIS enormous milestone in one day

And during the same line, the others pose their own Marvel character. Jin becomes the hulk by putting two fists in the air. On the other hand, Suga poses as Wolverine. Jimin poses as spiderman and V as Iron Man. RM takes Captain America's pose while Jungkook poses as Thor. Isn't this so interesting? Well, BTS are truly the best. Talking about their upcoming 2021 Jingle Ball tour, On October 18, Los Angeles-based 102.7 KIIS FM has announced that BTS would be performing the opening act at their 2021 Jingle Ball tour. The 'Jingle Ball Tour' is a music festival which will be held by iHeartRadio. The K-pop stars are scheduled to perform their songs including Dynamite and Butter at the tour. Also Read - Indigo: RM aka Kim Namjoon's solo album leaves ARMY emotional; lyrics of Change Pt2 make fans wonder if he suffered serious heartbreak

The seven boys will be seen performing alongside other stars of the music industry such as Ed Sheeran and Lil Nas X. Apart from BTS, there will be other superstars who will also be seen gracing the set with their performances like Dua Lipa, Doja Cat, The Kid Laroi, Saweetie, Black Eyed Peas, Tate McRae, Bazzi, and Tiktok star Dixie D'Amelio. Also Read - Wildflower MV: BTS leader RM and Youjeen's vocals and deep lyrics are backed by gorgeous visuals in this first song of Indigo