Hollywood Movies This Week: Dolittle, A Beautiful Day in the Neighborhood, 1917, Just Mercy

A fantasy film, an epic war movie, a drama film and a courtroom drama; Hollywood is serving a platter of four different genres this week. Which one will you pick first? 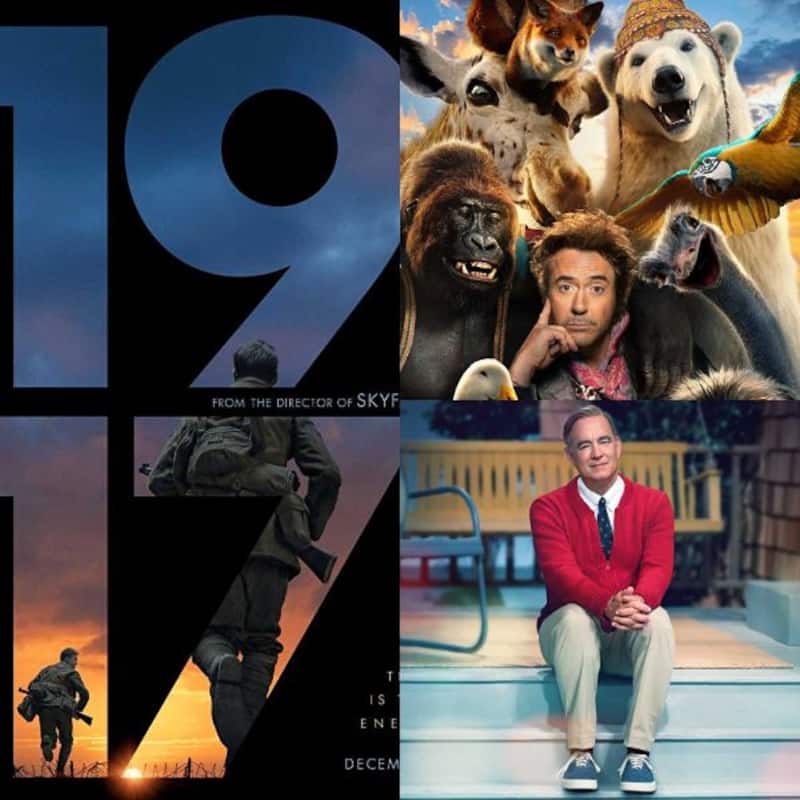 Hey, folks. It's time to update you on the upcoming Hollywood movies of the week. Last week there were no Hollywood releases. Before that, films like The Grudge, Cats, Bombshell, Richard Jewell, The Informer saw the light of the day in India. If you, hardcore movie-buffs are done watching these, here are the films that you can enjoy this week: Also Read - Joker: Joaquin Phoenix starrer sells more than 1.4 discs, VODs and other electronic mediums to become UK's no. 1 title of 2020

Synopsis: Dolittle is a reboot of the original Dr. Dolittle films based on the character of Doctor Dolittle, created by Hugh Lofting. After his wife's death, an eccentric John Dolittle lives in self-imposed exile, where his only companions are exotic animals. When the Queen falls ill, Dolittle embarks on a mystical adventure to find a cure and reinstate himself as a sane man.

Here's the theatrical trailer of Dolittle:

A Beautiful Day in the Neighbourhood

Synopsis: An investigative journalist, Lloyd Vogel is asked to profile Fred Rogers aka Mr. Rogers. A Skeptical Vogel is charmed by Mr. Rogers's kindness and empathy. Having a turn of heart with his encounter, Lloyd's view of the world changes thanks to Rogers. The story is inspired by the 1998 article, 'Can You Say... Hero?' by Tom Junod that was published in Esquire.

Here's the trailer of A Beautiful Day in the Neighbourhood:

Synopsis: Schofield and Blake are two young British soldiers who are enlisted to fight in the First World War. They are given a seemingly impossible mission in which they have to race against the time to deliver a message for which they have to cross enemy territory. The mission could save the lives of their own men and also help in stopping Blake's brother from walking straight into a deadly trap.

Here's the trailer of Just Mercy:

So, which one are you planning to watch first? Let us know by tweeting to us @bollywood_life.