Five English films will be simultaneously hitting the screens to mark the first taste of Hollywood for the year. From horror, fantasy and thriller to real-life biopics and scandals, there's a good mix of everything to have your fill and enjoy from. 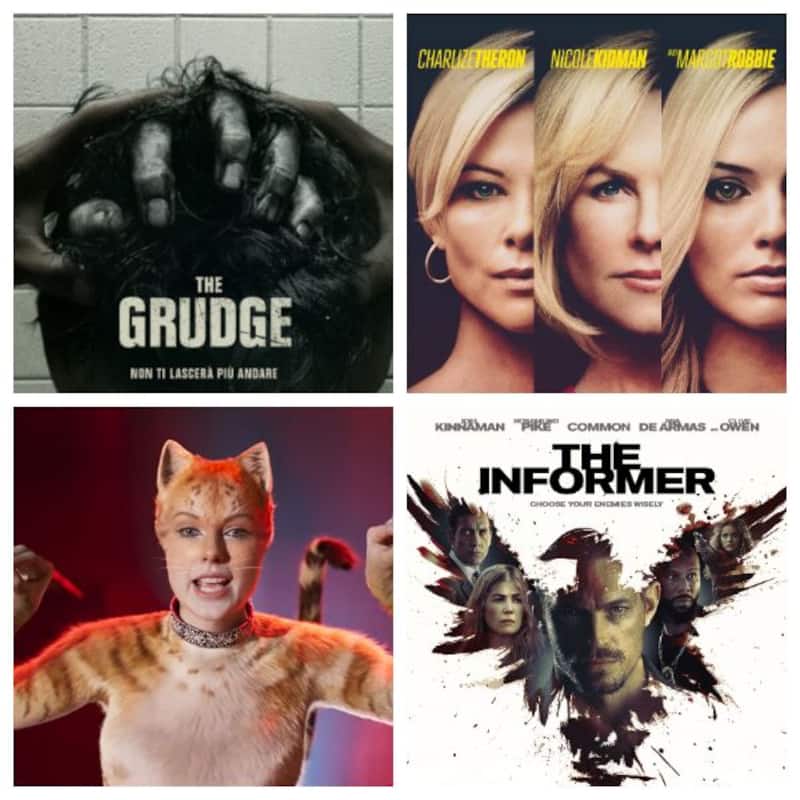 The New Year is here and while every other person looks forward to exciting options to ring in the year, for a true movie-buff, there can't be more exciting a choice than checking out the first release of the year. So, if you're a Hollywood fan, then boy, is there a tasty bag of goodies waiting to be opened because not one, not two, but five English films will be simultaneously hitting the screens to mark the first taste of Hollywood for the year. What's more, they're a truly eclectic bunch — from horror, fantasy and thriller to real-life biopics and scandals, there's a good mix of everything to have your fill and enjoy from. Also Read - Amber Heard paid less than Jason Mamoa for Aquaman 2? Here are more Hollywood co-stars whose difference in salaries highlights the GLARING pay gap

So what are the USPs of each film and why do they merit a trip to the theatres? Let's find out... Also Read - Dhaakad teaser: Kangana Ranaut REACTS on being compared to Hollywood actress Charlize Theron in Atomic Blonde

Synopsis: A reboot of the 2002 hit American horror film by the same name.

Reasons to watch: While the sequels of both the American and Japanese films pretty much ran the franchise to the ground, nobody can deny that the 2002 Japanese original is a cult horror classic and its direct American remake was a worthy adaptation. If done right, this reboot could actually be an entertaining affair. Plus, the Director has aimed to have shaken things up quite a bit, so, fingers crossed.

Synopsis: An adaptation of the famous Broadway musical by the same name, the plot revolves around a bunch of tribal cats who annually choose one among them to ascend to the Heaviside Layer and come back to a new life.

Reason to watch: Though critically panned and a box-office bomb upon release in the US and other overseas markets, this may still hold interest for the elite few who've seen the Broadway musical. Plus, the cast is to die for, isn't it?

Idris Elba opens up on his father's death

Synopsis: Bombshell is based on the sexual-harassment allegations of several women employees at Fox News against former CEO Roger Ailes

Reasons to watch: The commercial turnover of the film may have been tepid in the US, but the reviews are generally positive and that A-list cast should be reason enough to give this a shot.

Synopsis: Richard Jewell is a semi-biopic on its eponymous protagonist, who was hailed as a hero for alerting law enforcement and saving lives on the day of the July 27 Centennial Olympic Park bombing during the 1996 Summer Olympics in Atlanta, Georgia, only to be later made into a scapegoat, falsely accused of the crime by the FBI and media.

Reason to watch: The US audience looks to be in no mood for real-life political films, but that shouldn't deter you from watching one that has received ubiquitous critical acclaim. In fact, the legends Clint Eastwood getting behind the camera again should be reason alone to go for this.

Synopsis: An ex-convict and former special-ops solider goes undercover by deliberately incarcerating himself at a maximum security prison to infiltrate the Polish mob's drug trade in New York. However, a drug deal gone wrong threaten to reveal him as the mole, also putting his loved ones in harm's way, setting off a race against time.

Reason to watch: While the reviews for this have hitherto been mixed, the plot sounds exciting enough to give it a shot and decide for yourself.

So, which of these are going to be your Hollywood picks to ring in the new year. Tweet and let us know @bollywood_life