BTS: Kim Taehyung aka V proves he is the KING of flawless skin in these no-make up pictures

Time and again V has proved that he makes females go weak on knees with his infectious smile and charming personality.

Kim Taehyung aka V is one the member of the most popular South Korean pop band BTS. Time and again V has proved that he makes females go weak on knees with his infectious smile and charming personality. V is blessed with bright eyes, cute cheeks, and a boxy smile that sets hearts racing. V's no-make-up pictures make girls go gaga over his cuteness. Moreover, V has flawless skin and takes time out to pamper his skin. Also Read - #MyUniverse: BTSxColdPlay song gets a thumbs up from fans for its 'healing awesome music' but Jin's two seconds leave people craving for more — read tweets 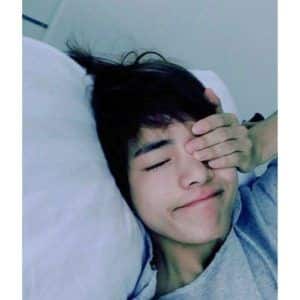 Do you know, V carries cotton pads and lotion on long flights and keeps dabbing his skin. Unlike other celebs, V is quite comfortable in sharing his no make-up pictures on social media. Also Read - BTS: After James Corden's comments upset ARMY; fans share a clip of SUGA aka Min Yoongi referring to 'tinted glasses' and it seems like one SAVAGE retort to detractors 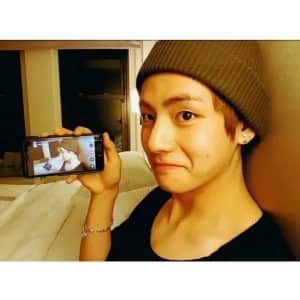 The main highlight of V's beauty is his colorful hair. Over the years, the handsome boy has dyed his locks purple, blue, red, blonde, and other shades. 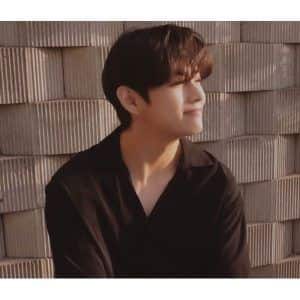 In 2017, V told Allure that his skin is a mix between dry and oily. Well, V's no makeup pictures will seriously make you drool over his beautiful face. 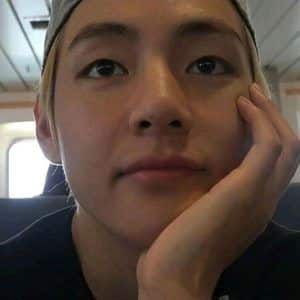 V has been named as 2021’s ‘Most Handsome Man of the world’ and he has managed to win hearts with his dapper looks. With or without makeup, V looks no different. The singer had revealed that he wears eye lenses and eye makeup while on the stage, but otherwise he does not prefer wearing make-up.