The popular South Korean pop band singer Jimin will turn a year older on October 13. The singer will turns 26 years old has always managed to woo everyone with his exceptional talent. Jimin has worked hard and has created a niche for himself in the music industry. Also Read - BTS' Jin's speech about turning 30 at Permission to Dance on Stage online concert leaves ARMY worried

Jimin's net worth will leave you stunned Well, according to Celebrity Net Worth, the singer’s net worth is $20 million reportedly and he is the only K-pop idol who has topped the individual Idol Brand Reputation Ranking 19 times in a row. Also Read - Trending Hollywood news today: BTS' V apologises to ARMY, wins hearts; Jennifer Aniston mourns FRIENDS' 'Gunther' James Michael's death and more

Jimin reportedly wore an outfit worth Rs 1,65,676 for a live stream once? His shirt jacket cost around $1,450 and his slippers from Gucci were worth $790. According to reports the singer also recently bought an apartment in South Korea's Nine One Hannam worth $5.7 million. Also Read - BTS' Kim Taehyung aka V apologises for not performing at the Permission To Dance on Stage concert due to his injury; ARMY has a meltdown 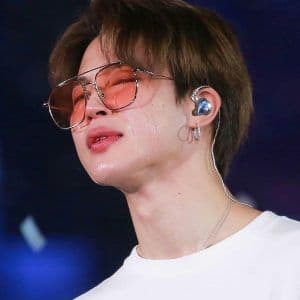 According to the reports, Jimin has shares in Hybe and has also earned himself several titles including Japan’s ‘Generation Z role model’ and ‘Sold out Star!’ The handsome singer has written nine songs which include ‘Promise’ and ‘Friends’.