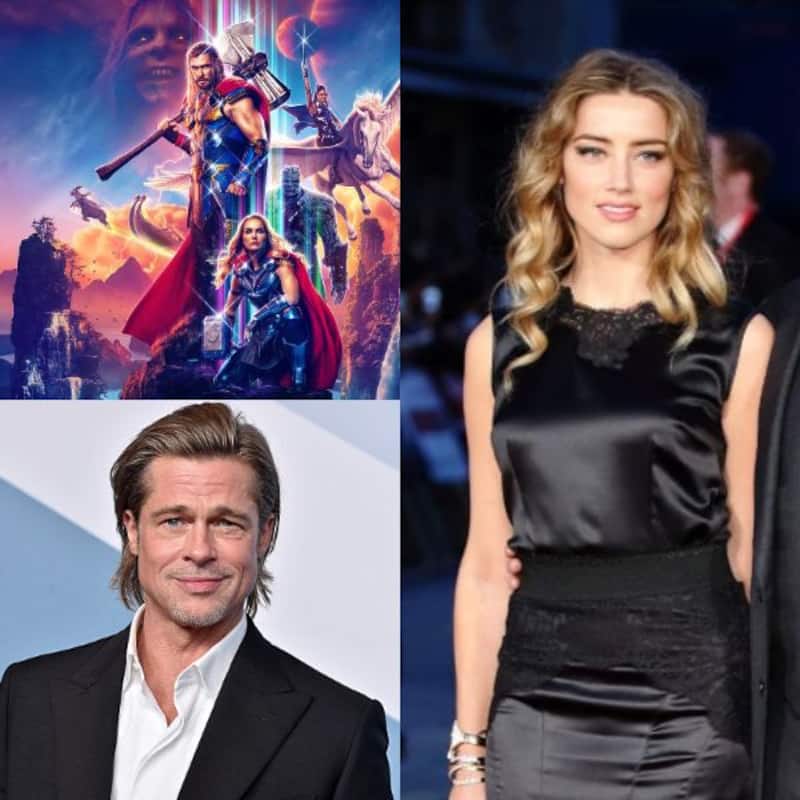 From Amber Heard publishing her tell-all book, Thor Love and Thunder's first reactions and Brad Pitt set to retire to Amitabh Bachchan's song in Ms Marvel, rumours of BTS leader RM marrying a fan and Johnny Depp's plans to kickstart his career as a musician; it's time to take a look back at all that went down this week in Hollywood. Here's all what grabbed headlines to make it to the Hollywood News weekly rewind... Ergo, it's time to make a note of the biggest newsmakers of Hollywood who've made it to the trending Hollywood news of the week. Also Read - Karthikeya 2 Hindi, 1770, Mahesh Babu's next with SS Rajamouli and more; latest updates on now showing and new movies from South you cannot miss

So, without further ado, here's the Hollywood News weekly rewind:

Amber Heard seems excited to embark on writing a tell-all book not just about Johnny Depp, but her entire time so far in Hollywood as she feels her time is up in showbiz and stands to lose nothing. There's also the matter of her needing the money. Also Read - Liger: Vijay Deverakonda and Ananya Panday’s Aafat song faces huge criticism for using ‘rape scene’ dialogue in lyrics

Read the full story here: Amber Heard to publish tell-all book after losing case against Johnny Depp; feels Hollywood career is over and has nothing to lose Also Read - Mahesh Babu starts working on his massive physical transformation for SS Rajamouli’s next? Drops an exciting hint

Brad Pitt, who has been on of the biggest Hollywood stars of all time, is now considering retiring from his acting career. In his latest interview, he spoke about his life and more.

Ms Marvel has been in the news in India a lot because of its Bollywood references in the series, and recently, we got to hear Amitabh Bachchan's song from Don in it. Here's how Big B has reacted.

Is BTS leader RM marrying a fan? Big Hit Music again steps in to dismiss therumours after a YouTube channel claimed that he'll marry a graduate whom he met at a fan signing event.

Johnny Depp's plans to kickstart career as a musician

Johnny Depp is set to embark on a music tour with rock band Hollywood Vampires in 2023. The actor has always been interested in music and is a vocalist and guitarist.