It's time to look back at the week gone by. From BTS' Jungkook disappointing Army, Jennifer Aniston and David Schwimmer's dating rumours, Kanye West's shocking claim about Kim Kardashian and more... here's all that happened in Hollywood last week.

We are so glad to have the world of entertainment. It provides us an escape from the grim realities and that can be so beneficial at times. This week too, was quite exciting as far as Hollywood is concerned. From BTS' Jungkook breaking ARMY's hearts to Jennifer Aniston and David Schwimmer’s dating rumours, here’s what all happened in Hollywood last week. Also Read - BTS ARMY, V aka Kim Taehyung' prince avatar will leave you swooning – check out irresistible pictures

BTS' Jungkook breaks ARMY's hearts as he gives major update about his song 'Decalcomania'
BTS Jungkook’s ‘Decalcomania’ has always remained one of the most talked-about solo tracks that ARMY has been eagerly waiting for. He had released a short 1 minute 18 seconds version of the song on his 22nd birthday. Since then, ARMY has been patiently waiting for the full version of the song. The BTS recently interacted with 200 fans and addressed various topics on the zoom call. A fan asked Euphoria singer about his Decalcomania’s full version, Jungkook said that he deleted the track’s file folder, leaving the fans heartbroken. Also Read - BTS: Chris Martin calls THIS Bangtan boy's voice perfect in My Universe; Courtney Cox agrees with him

Friends stars Jennifer Aniston and David Schwimmer are a couple? 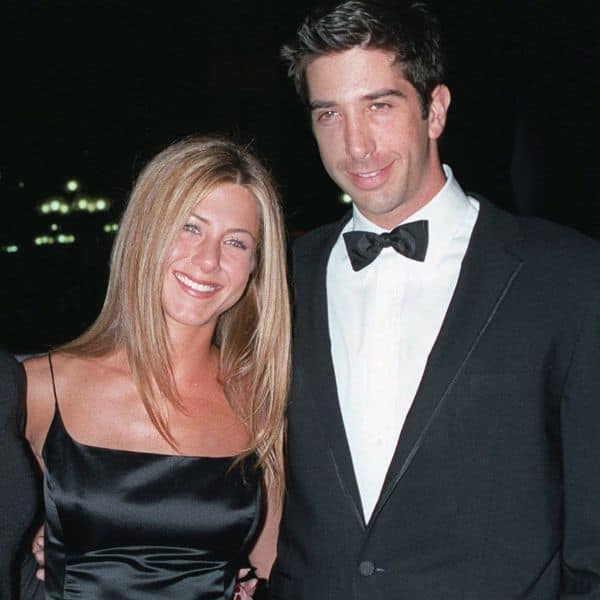 Friends stars Jennifer Aniston and David Schwimmer are rumoured to be dating. As you might be aware, they had revealed their secret crush for each other during Friends: The Reunion. Now, it seems like they have taken it to the next level. According to Closer Online report, Jennifer and David are dating. The two stars have been spending more time together since they filmed the Friends reunion with the other co-stars on the show's 25th anniversary. Also Read - BTS Poll: V, Jungkook, RM, Jin, Jimin, Suga, J-Hope - which one of the Bangtan Boys is a perfect date material? Vote Now

Did you know the original lyrics of BTS and Ed Sheeran's Permission to Dance was like a marriage proposal?
BTS’ latest song Permission to Dance is doing really well. The leader of BIG HIT MUSIC’s A&R Team, Nicole Kim recently discussed with BTS and Ed Sheeran about altering the song to fit the message of hope during the pandemic, which resulted in the final output. Nicole said BTS “liked the track as it was, but the original lyrics were more like a marriage proposal—more personal, like a love song.” He added, "In the process of consolidating and conveying the theme, and how other people translate it into the actual lyrics, if we use vague language, then the people hearing it have a completely different image in mind, so sometimes we offer a hypothetical storyline to be as specific as possible."

Cardi B calls out people who do not bathe regularly
Hollywood is engulfed in a debate over bathing regularly or not after Ashton Kutcher and Mila Kunis stated that they don't believe in regularly bathing their kids. Cardi B took to her Twitter handle and wrote, "Wassup with people saying they don’t shower ? It’s giving itchy.” Well, Hollywood celebs can debate on some really fun topics sometimes.