From BTS members Kim Taehyung and Jimin getting death threats on Weverse to Johnny Depp's lawyer Camille Vasquez reacting to her viral video on calling her client an 'abuser', let's meet the Hollywood newsmakers of the week. 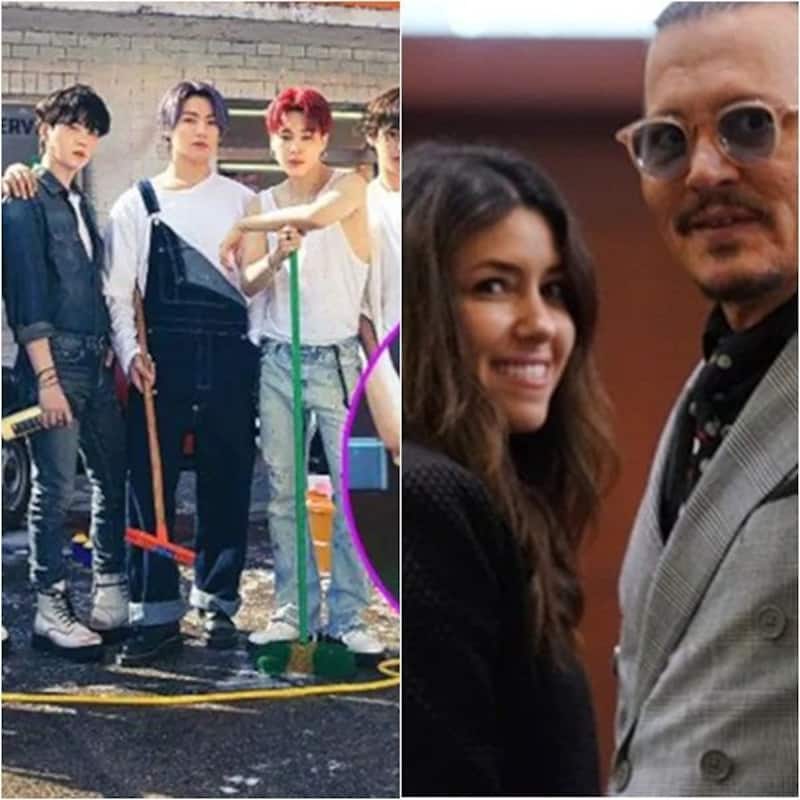 The past week was an eventful one for Hollywood. From BTS members Kim Taehyung and Jimin getting death threats on Weverse to Johnny Depp's lawyer Camille Vasquez reacting to her viral video on calling her client an 'abuser', let's meet the Hollywood newsmakers of the week. Also Read - BTS: Jimin gets death threats from a Kim Taehyung-Jungkook stan; ARMYs slam the toxic shippers [view tweets]

BTS: Kim Taehyung and Jimin get death threats on Weverse with graphic imagery

Kim Kardashian ready to move on days after breakup with Pete Davidson; Kanye West to disrupt all her future relationships?

Kim Kardashian recently broke up with Pete Davidson, her last boyfriend, and now rumours are rife that ex-husband Kanye West is hellbent on using this to get back in her good books. Check out full story here. Also Read - Top Hollywood News Weekly Rewind: Zayn Malik unfollows Gigi Hadid, Johnny Depp in love with lawyer Joelle Rich and more

Boxing legend Mike Tyson, who is all set to make his acting debut with Vijay Deverakonda's upcoming pan-India film Liger, was spotted on a wheelchair at Miami airport days after he talked about his expiration date is coming close. His unusual appearance has now raised more concerns about his health condition. Check out full story here.

As per the latest updates, Ezra Miller who essays the lead in The Flash has been accused of burglary. In a latest statement, the star spoke about suffering from mental issues. Check out full story here.

As Amber Heard fans started circulating the video to pour in their support for the actress, Johnny Depp's lawyer Camille Vasquez has finally broken her silence on calling her client an 'abuser' in her closing argument. Check out full story here.

'You're next': JK Rowling gets death threats after she condemns attack on Salman Rushdie

JK Rowling received death threats on Twitter after she condemned the brutal attack on her fellow British author Salman Rushdie who was stabbed up to 15 times at a conference near Buffalo in New York, where he was about to give a lecture on free speech. Check out full story here.