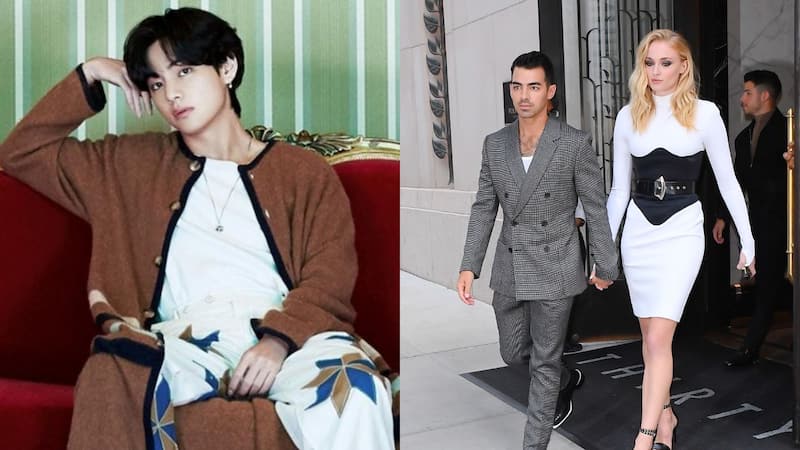 It’s Saturday which means it’s time to relax. And we have got the perfect thing for you. It’s time to look back at the week gone by and know the newsmakers. From BTS member V singing Hindi song in edited video to Sophie Turner’s pregnancy to V testing COVID positive, here’s what all happened in Hollywood last week. Also Read - BTS: Has SUGA aka Min Yoongi surpassed J-Hope as the wealthiest member of the band? Korean show makes staggering revelation of the rapper's net worth

BTS member V singing Hindi song in edited video Also Read - BTS leader RM aka Kim Namjoon gets love from Simu Liu of Shang-Chi fame; he says, 'It takes a lot to like....'

An edited video of BTS member singing a Hindi song went viral. The video was posted by YouTuber and artist Anshuman Sharma. Also Read - BTS x Stranger Things fans make edits of J-Hope's More with the creepy series and they are Lit AF

Sophie Turner is pregnant?
Sophie Turner and Joe Jonas are expecting their second baby together, if we go by the latest reports. Turner was recently clicked placing her hand on her exposed stomach which sparked her pregnancy rumours.

Tom Holland wants to visit Taj Mahal
Spider-Man: No Way Home actor Tom Holland recently expressed his love for India during a recent media interaction. He stated that he is keen to travel all over the country and would love to visit the Taj Mahal during his trip.

Kanye West opens up on 'harassing' Kim Kardashian
In a recent Instagram post, Kanye West took accountability for ‘harassing’ Kim Kardashian. He wrote, "I’ve learned that using all caps makes people feel like I’m screaming at them. I’m working on my communication. I can benefit from a team of creative professionals, organizers, mobilizers and community leaders. Thank everybody for supporting me. I know sharing screen shots was jarring and came off as harassing Kim. I take accountability. I’m still learning in real time. I don’t have all the answers. To be good leader is to be a good listener."