As Hyun Bin tried his level best to identify the picture of BTS Jimin, his fellow costars couldn't contain their laughter while watching the star struggling with his brain. 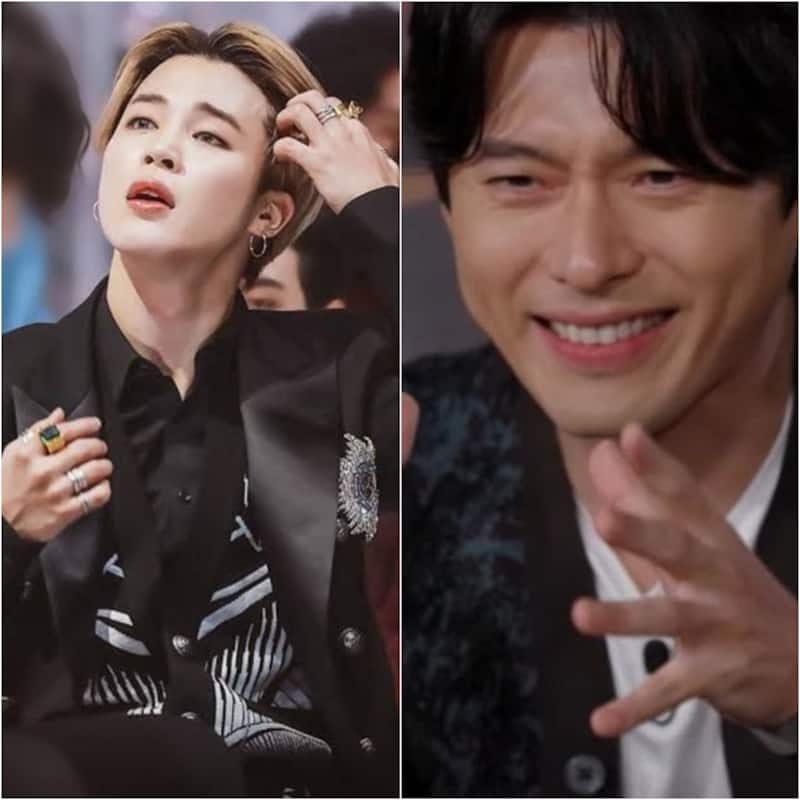 A couple of day ago, the cast of Confidential Assignment 2: International were seen gracing a game show called The Game Caterers, hosted by Na PD. According to the show's format, the guests played the speed game wherein Hyun Bin was supposed to identify the pictures of popular Korean celebrities. But when Na PD showed him the picture of BTS' Jimin, Hyun struggled to recognise him. Also Read - BTS member Kim Taehyung-Jennie dating rumours: After Yeontan, BLACKPINK singer Jisoo's name also crops up; here's what happened

As Hyun tried his level best to identify the picture of BTS Jimin, his fellow costars couldn't contain their laughter while watching the star struggling with his brain. Looking at him, Hyun's costar Girls’ Generation's Yoona teased him by asking him, "Oppa, will you be okay?” A moment later, Hyun managed to recall Jimin's name, however, he was embarassed with himself and told Na PD to blur his face. The viral clip kept the Hollywood News buzzing. Also Read - Trending Hollywood News Today: BTS member Suga nails long hair look, Kim Kardashian struggles in a bodycon dress and more

Yoona jokingly asked if he will be okay (for the mistake) & he himself wanting for his face to be blurred out (for not being quick enough).pic.twitter.com/wgpN5gTbqC

As Hyun took a nervous sigh saying, "It's getting hot," Na PD consoled him by telling him that he will play same game with Jimin and show him Hyun's face and make sure Jimin forgets Hyun's name to make it even. Also Read - BTS: Ahead of Kim Taehyung's stint as DJ on Radio show, here are 6 BIG REVEALS to charge you up for more interesting tea tonight

While Hyun was worried that BTS ARMY might troll him for not identifying Jimin, fans dig out an old video of Jimin who was equally bad while guessing celebrity names to cheer him up. In the clip, Jimin fails to recognise Son Heung Min and the rest of the BTS members are seen pulling his leg over the same.

Well, now they are even.