India's own BTS boy band? This throwback picture of Shahid Kapoor and others make fans draw comparisons with the Bangtan Boys

A throwback picture of Shahid Kapoor, Vatsal Seth and others has got people to compare them to BTS.

Korean boy band BTS has its fanbase in every part of the world. The band consisting of seven members - Jungkook, RM, Jin, Jimin, V, Suga and J-Hope leaves everyone swooning with their music, style and more. But hey, does India has its own boy gang just like BTS? Well, fans of Shahid Kapoor and Vatsal Seth think so! Confused? Don't be, read on! Also Read - BTS POLL result: Jungkook's director skills from G.C.F in Tokyo impresses ARMY the most

Recently, Tarzan: The Wonder Car actor Vatsal Seth shared a throwback picture with Shahid Kapoor. It appears to be from their very early days in the industry. We see them dressed in black from head to toe. The picture also sees Rockford actor Rohan Dey posing with the other two. As Vatsal Seth shared the picture on social media, a few fans pointed out that they look like BTS members. A comment read, "You look like a bts member." Another netizen called them super cool by commenting, "you guys are so cool". Take a look at the picture below: Also Read - Trending Entertainment News Today: Nora Fatehi’s OOPS moment caught on camera, Leaked inside video of Katrina Kaif-Vicky Kaushal's wedding venue and more 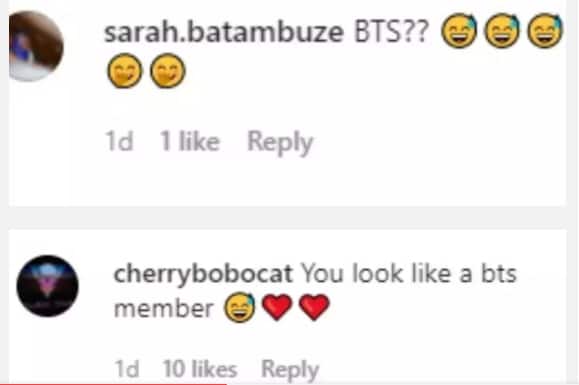 Well, now that fans think so, can there really be an Indian boy band as cool as BTS? Of course! The K-pop boy band is known for creating awesome music videos like Dynamite, Permission To Dance, My Universe and more.

Workwise, Vatsal Seth is next to be seen in a multilingual film. Shahid Kapoor on the other hand has Jersey lined up for release. Shahid is currently enjoying a vacation in Maldives along with wifey Mira Rajput Kapoor and two kids. Before he hops onto another film, it seems he wants to spend some quality time together with his family.