Johnny Depp-Amber Heard Case: Camille Vasquez is asked if she is dating Johnny Depp outside the court, this was her reaction [WATCH VIDEO] 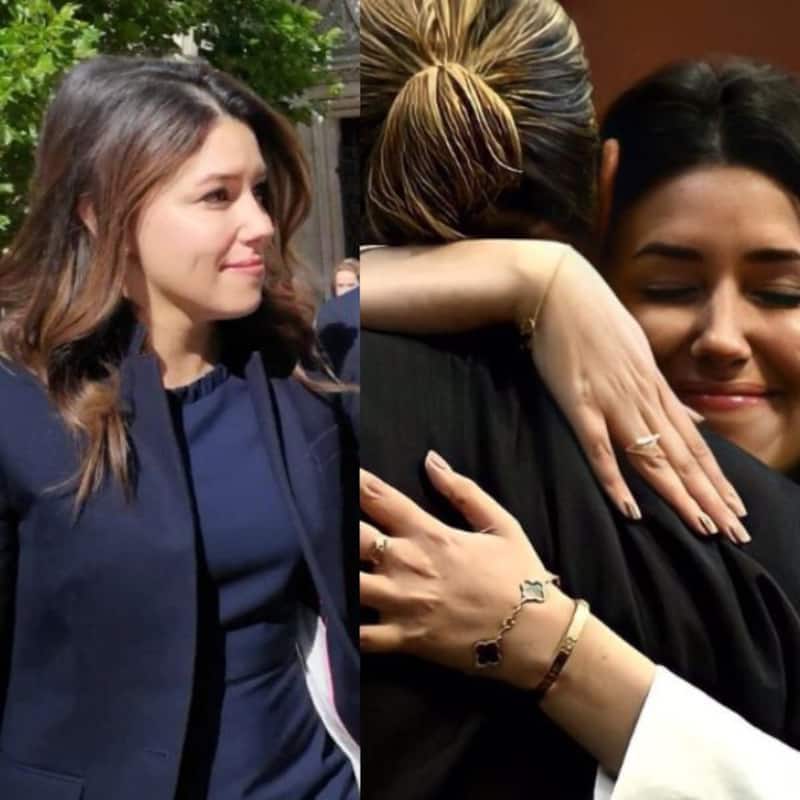 Johnny Depp and Amber Heard's trial has captured the imagination of the whole world. As of now, witnesses and friends who are testifying for the Aquaman 2 actress are coming with their statements. Camille Vasquez did a brutal cross-questioning of Amber Heard, which is being hailed by law students and lawyers alike. A strong rumour has started on social media that Johnny Depp and Camille Vasquez are dating. This has been started by shippers on social media. We can see that they share a warm bond. The two have been caught hugging in the court room. Fans have felt that they share a great bond. Also Read - Duranga: Drashti Dhami reveals why she did not watch the original Flower Of Evil [Exclusive]

Camille Vasquez was asked by the media outside the court room if they were dating. The lawyer was asked if the rumours are indeed true. She was laughing away. Later, Camille Vasquez also hugged a few fans of the star. The lawyer petted a dog that was outside the courtroom. Also Read - Munawar Faruqui's Hyderabad show to continue as planned? Telangana police places revolting minister under house arrest

Johnny Depp has sued Amber Heard USD 50 million for the Op-Ed piece on Washington Post where she claimed that she was an alleged victim of domestic assault. She did not take the name of the superstar. Now, she has counter sued him for USD 100 million for causing her nuisance and trauma. Also Read - Koffee With Karan 7: Vicky Kaushal-Sidharth Malhotra, Aamir Khan-Kareena Kapoor and more – which was the least entertaining episode so far? VOTE NOW

The couple were married for a year and the relationship turned downhill within months. Amber Heard has made some truly shocking allegations of how Johnny Depp allegedly sexually assaulted her with a bottle and once did a cavity search for cocaine. She also said that he tried to hit her sister, Whitney. Yesterday, her friends came to the stand but they admitted that they never saw Johnny Depp hit or assault Amber Heard. Her sister has said that he did grab her by the hair and smack her after they had a nasty fight. In the mean time, the Aquaman 2 director has reportedly unfollowed Amber Heard.