Johnny Depp-Amber Heard Case: Is the Aquaman actress staging a show in the court of law? Check out these videos

Johnny Depp-Amber Heard Case: Is the Aquaman actress putting on a fake act in court? Take a look at these videos of Amber Heard 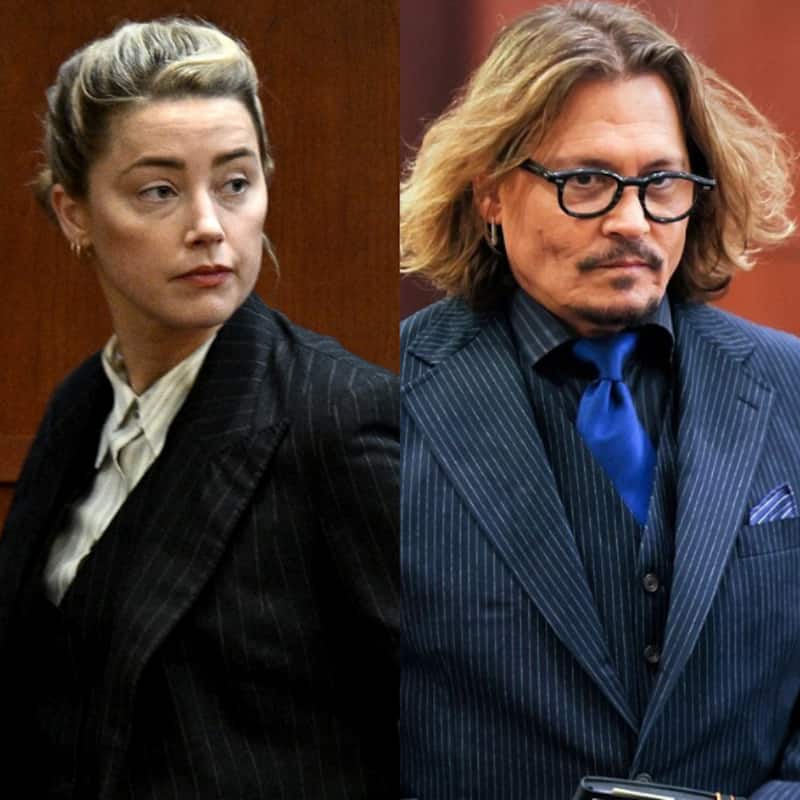 All eyes are on the Johnny Depp and Amber Heard case. The trial is expected to end by May 27, 2022. The two are involved in a defamation case in a Fairfax Court in Virginia. The Pirates of the Caribbean star sued her for USD 50 million saying that her Op-Ed in Washington Post cost him professionally, and tarnished his reputation. Johnny Depp and Amber Heard were married in 2016 but the nuptials did not last for a year. She said that he was physically and sexually abusive and ended the wedding. The alimony given by the star to her was USD 7 million. She said she did donate it but it looks there is some ambiguity on the actual use of the funds. Also Read - Shah Rukh Khan STEALS the thunder with his cameo in R Madhavan's Rocketry: The Nambi Effect claim fans

While Johnny Depp has submitted a number of witnesses in court as proof along with documents, there is nothing concrete from Amber Heard's side. The public is with Johnny Depp. Many writers from mainstream media have criticized it as sheer misogyny. But people who are seeing the legal proceedings that are being televised have a different opinion of the actress. In fact, many people that she is lying and have accused her of putting on an act. Here is a look at some of the videos circulating around... Also Read - Sushant Singh Rajput to Harsh Varrdhan Kapoor; Rhea Chakraborty was linked up with these actors [Watch]

Such videos are made not just for Amber Heard. There are clips where Johnny Depp assumedly looks very fondly towards Camille Vasquez. Also Read - Sanjeeda Shaikh not letting daughter meet Aamir Ali since 9 months now? The actress breaks her silence

Johnny Depp and Amber Heard's trial has been full of shocking statements. Right from her allegedly defecating on his bed to her claims that he sexually assaulted her with a bottle, people are shocked. Most of Johnny Depp's exes Jennifer Grey, Winona Ryder, Vanessa Paradis and others have said that he was never violent with them though he might be hot-headed.