Johnny Depp-Amber Heard Case: Kate Moss expected to testify for the Pirates of the Caribbean star? Report gets fans excited

Johnny Depp-Amber Heard Case: Kate Moss to take the stand on Wednesday to testify for her former boyfriend with whom she was in a four-year-long relationship 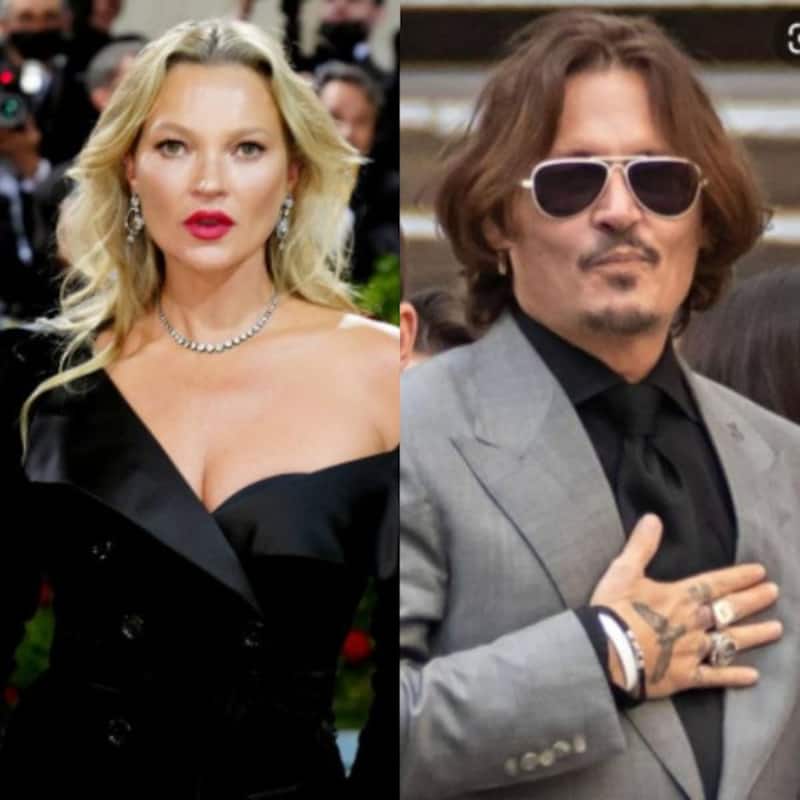 Johnny Depp and Amber Heard's case has grabbed the eyeballs of the whole world. The trial will end on May 27, 2022. It is happened in a Fairfax Court in Virginia. As per some Hollywood media outlets, Johnny Depp's former girlfriend Kate Moss is expected to testify on Wednesday. This is rumoured and there is no concrete statement from the supermodel or her representative. Kate Moss will give her testimony on video. ICYMI, Kate Moss and Johnny Depp were in a relationship in the mid-90s. The two had met at a nightclub and hit off instantly. Fans adored Kate Moss and Johnny Depp together but the relationship did not end in marriage. They dated for four years. Also Read - Ranbir Kapoor’s Shamshera, John Abraham-Arjun Kapoor’s Ek Villain Returns and more BIGGIES that are set to entertain the audience in July 2022

Amber Heard mentioned in the court that during one of the fights he tried to push her sister, Whitney Henriques on the stairs. She says she smacked him telling Johnny Depp to stay away from her sister. Amber Heard said that she remembered how Johnny Depp was rumoured to have had a spat with Kate Moss in a hotel where he pushed her. Rumours suggest that Kate Moss will come out in support of her former beau, Johnny Depp. She is a very private person, and has stayed away from the limelight. Johnny Depp and Kate Moss were an IT couple for a long time. Also Read - Shehnaaz Gill's video writing Sidharth Shukla's name while signing an autograph is breaking the internet [Watch]

Fans have reacted to this news on Twitter. There is support on social media for Kate Moss and Vanessa Paradis the two women who spent the longest time with the superstar. Take a look at the reactions... Also Read - Adipurush: Prabhas and Kriti Sanon's chemistry to be the highlight of the film? [Deets Inside]

I wounder how come all the beauties are at #JohnnyDepp side..nevertheless they are rocking and nailed every day during the testimony. Wish to see #KateMoss tonight #JusticeForJohnnyDepp #JohnnyDepptrial #AmberHeardlsALiar #AmberHeardIsAPsycopath #amberheardisapsychopath

The immense respect I have for Kate Moss right now... She's a very private person and she has had her own share of dirt thrown at her by the media. The fact that she's willing to stand up for Johnny Depp, all with a live cross examination waiting for her is some queen behaviour. pic.twitter.com/HjV4nmUFgd

#KateMoss is gorgeous and looks amazing! Truth has that effect on most people. They have that feeling about them even in a picture. No crazy eyes.

Things have been quite bad in court. Amber Heard has said that Johnny Depp was allegedly very abusive. She has recounted incidents where she has claimed that he allegedly sexually abused her. There has been considerable professional loss for both the parties here!