Johnny Depp has written about the affair between Heard and Tesla CEO Elon Musk. According to reports, Amber began dating Musk after her divorce from Depp in May 2016. 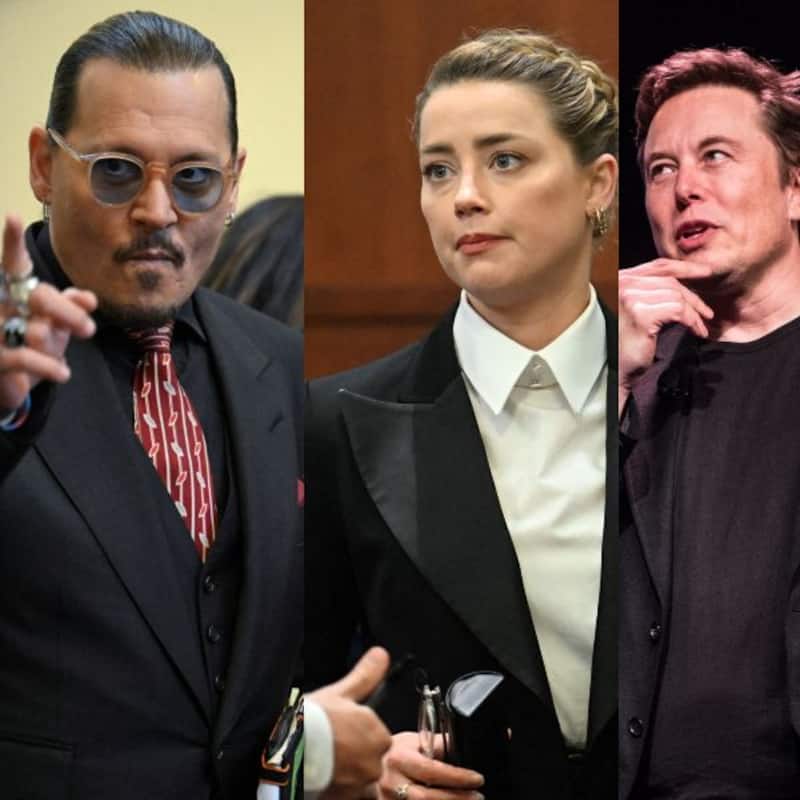 The case between Johnny Depp and Amber Heard continues to shock everyone. Now, a text Johnny sent to his former talent agent Christian Carinno in going viral. In the texts, he has written about the affair between Heard and Tesla CEO Elon Musk. According to reports, Amber began dating Musk after her divorce from Depp in May 2016. Reportedly, Depp has accused Heard of having an affair with Musk during their marriage. Also Read - Girl K-pop band BLACKPINK confirmed to return in August; excited BLINKS say, 'Queens are coming back' [VIEW TWEETS]

"Let's see if mollusk has a pair," Depp apparently wrote in the very explicit and vulgar message. The message also read, "Come see me face to face...I'll show him things he's never seen before... Like, the other side of his d--- when I slice it off." In the message, he called Amber a “gold digging, low level, dime a dozen, mushy, pointless, dangling overused flappy fish market." It also read, "I can only hope karma kicks in and takes the gift of breath away from her," he added. According to reports, he admitted writing the message and called it "horrific." Also Read - BTS: J-Hope's More tops Spotify's Global Top Songs Chart; Grammys puts his name along with Beyonce-Lizzo as artistes of the month

Meanwhile, Johnny Depp's former girlfriend, model Kate Moss was asked to testify in court. Over a video call, she narrated an incident in which she was holidaying in Jamaica with Johnny. Kate said, "We were leaving the room and Johnny left the room before I did. There had been a rainstorm. As I left the room, I slid down the stairs and I hurt my back." Also Read - Koffee With Karan: When Anil Kapoor mocked Shilpa Shetty over her lip job; 'Itne mote mote....'

She added, "I screamed because I didn't know what happened to me and I was in pain. He came running back to help me and carried me to my room and got me medical attention." She went on to say, "He never pushed me, kicked me or threw me down any stairs."