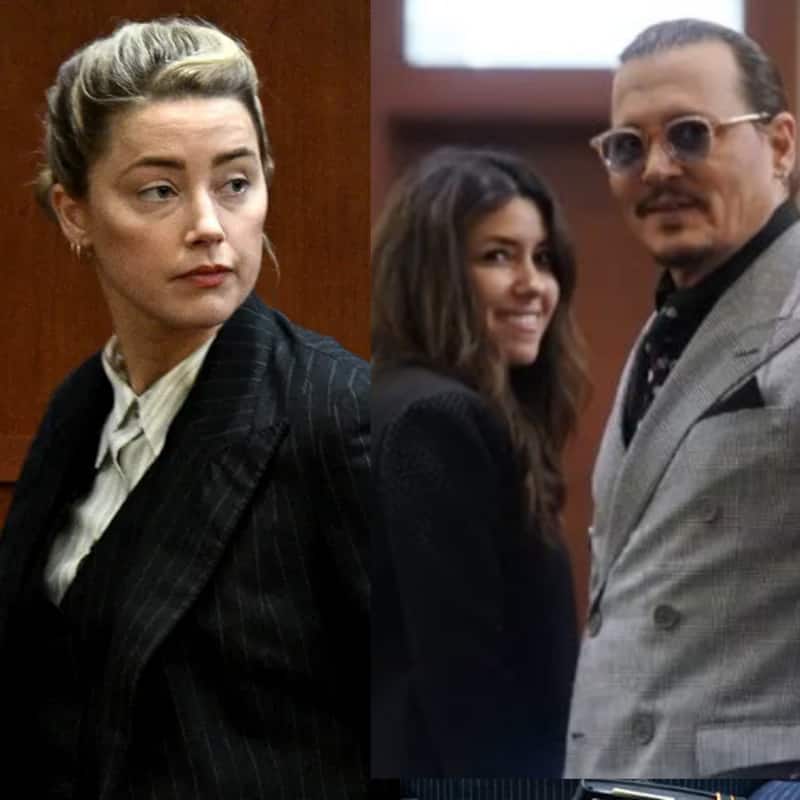 Johnny Depp and Amber Heard's defamation case left everyone shocked. As the trial was televised, fans were quite stunned to know all the details of Johnny and Amber's relationship. Both the stars made some shocking allegations against each other. Johnny Depp stated that Amber Heard was the reason why he has a chipped finger, while the Aquaman actress accused the Pirates of the Caribbean star of physically harming her. Now, months after the trial came to an end, a video of Johnny's lawyer has gone viral. Also Read - Trending Hollywood News Today: Deepika Padukone's bad experience in the US; Nora Fatehi to perform at FIFA World Cup and more

The video that has resurfaced is of the closing argument speech of lawyer Camille Vasquez and fans of Amber Heard are stating that the lawyer herself called Johnny Depp an 'abuser'. While Johnny Depp's fans are considered to be a slip of tongue. Later, the lawyer is heard saying, "there is an abuser in this courtroom, but not Mr Depp. And there is a victim of domestic abuse in this court room, but it is not Ms Heard." Quite a few netizens have commented on the video and picked on the slip made by the lawyer. A comment read, "Camille Vasquez: "She never thought she would face her abuser." That's quite the slip". As per Newsweek, a source claimed that she was supposed to say 'abuse victim.' Check out the video below: Also Read - Top Hollywood News Weekly Rewind: Zayn Malik unfollows Gigi Hadid, Johnny Depp in love with lawyer Joelle Rich and more

The court ruled out the decision in the favour of Johnny Depp. Amber Heard was directed to pay Johnny Depp $15 million in damages. It all started with Amber Heard penning an oped stating that she was a victim of domestic violence. She did not take names. Later, Johnny Depp filed a defamation case against her stating that her oped impacted him professionally. Pirates of the Caribbean 6 was allegedly taken away from him because of her allegations. The trial ended on June 1, 2022. Johnny then wrote an emotional note on social media. Also Read - Karan Mehra would love to have live trial like Johnny Depp and Amber Heard case: 'They are calling me Johnny'