Johnny Depp-Amber Heard trial: Aquaman star BREAKS Down as she takes the stand one last time; says, 'People want to kill me'

Johnny Depp-Amber Heard trial: The actress got emotional as she took the stand one last time; revealed what all she went through during the trial. Read on to know more... 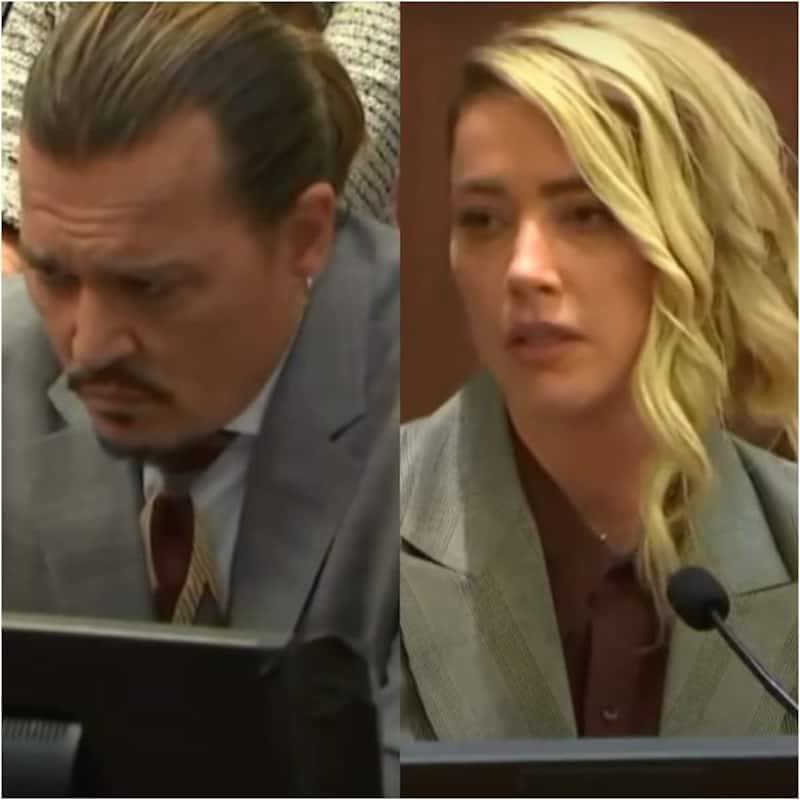 Johnny Depp and Amber Heard's defamation trial has been making it to the headlines for a lot of reasons. From Heard’s allegations to testimonies of Depp’s exes, the trial has got many interesting twists and turns. Now, recently, Aquaman star broke down in court as she took up the stand for the last time. According to ET Online, “Amber Heard got emotional as she took the stand one last time before the jury deliberates in the ongoing defamation trial against Johnny Depp. She spoke about the humiliation of receiving thousands of threats since it all began, how her life has been affected, and more.” Also Read - Trending Hollywood News Today: Lindsay Lohan sparks marriage rumours; Jungkook and Charlie Puth in a BL relationship and more

While talking about how she suffered publically because of the trial, the Aquaman star stated, “I am harassed, humiliated, threatened, every single day. Even walking into this courtroom, sitting here; having the worst part of my life, things I have lived through. People want to kill me and they tell me so every day. People want to put my baby in the microwave. They tell me that Johnny promised me that if I ever left him it will make me think of him every single day that I lived.” Also Read - Trending Entertainment News Today: Kaali's poster with a Goddess smoking draws flak, Top Bollywood actress having trouble adjusting with in-laws and more

Further while speaking about how statements of Johnny Depp affected her, she said, “In harassment, the humiliation, the campaign against me that occurred, every single day on social media, and now, in front of cameras in this room. Every single day, I had to live with the trauma. My hands shake, and I wake up screaming. I have to live it with the trauma and the damage done to me.” Also Read - Bigg Boss OTT 2: Ranveer Singh will NOT replace Karan Johar as the host of the web series of controversial reality show

“I am not sitting in this courtroom, laughing, smiling, and making jokes. This is painful, this humiliating for any human being,” Amber Heard added.

Well, now everyone is eagerly waiting to know what judgement will be given on this trial.