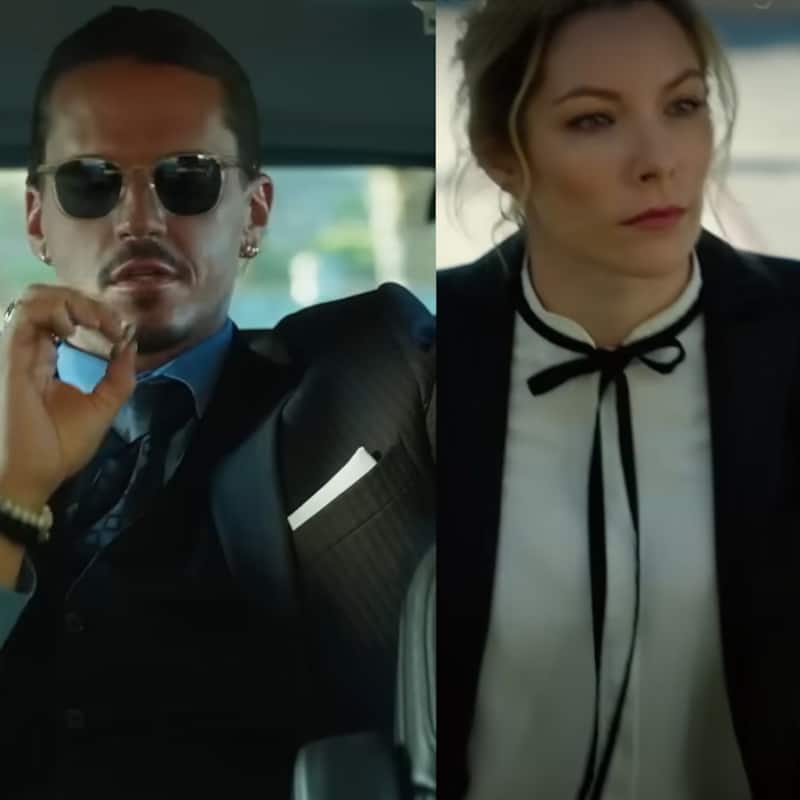 Johnny Depp and Amber Heard's defamation trial had people glued onto it from all over the world. Now, the trailer of the movie Hot Take is out. The film is a more sensational version of the trial. Hollywood actor Mark Hapka plays the role of Johnny Depp. He looks uncannily similar to the Pirates of the Caribbean superstar with his goatee, ponytail and sunglasses look. This was the look of Johnny Depp as he would come to the Fairfax Court in Virginia. The film is going to come out on Tubi. Fans will notice that Hapka has done a decent job in getting the body language of Johnny Depp in the court scenes. There is even a reference of Hollywood star James Franco who is a good friend of Amber Heard. It was rumored that Amber Heard cheated on Johnny Depp with James Franco. Also Read - Johnny Depp and British lawyer girlfriend Joelle Rich call it quits? This is what we know

As we know, a number of Depp's fans would camp daily outside the court. The movie shows the media and social media coverage of the event. Johnny Depp received unprecedented support from the general public. Megan Davis is playing the role of Amber Heard. Those who have seen the trailer are talking about the matching costumes. Melissa Marty is playing Camille Vasquez. The lawyer attained stardom after she sharply cross questioned Amber Heard and her legal team during the trial. She was the heroine as per fans of Johnny Depp. Camille Vasquez and his moments went viral. Also Read - Amber Heard relocates to Europe after her trial with Johnny Depp – here's how she's now living her days

Actress Mary Carrig is laying Amber Heard's attorney Elaine Bredehoft. The movie will be out on September 30, 2022. The producers of the film are Brittany Clemons, Angie Day, Marianne C. Wunch, Hannah Pillemer, and Fernando Szew. The outcome of the trial was that the jury concluded that Amber Heard intentionally defamed Johnny Depp when she wrote a huge op-ed on Washington Post where she said she was the survivor of domestic abuse. But her team has decided to appeal the verdict. Also Read - Johnny Depp accused of paying former girlfriends, first wife over $150 million to buy silence in Amber Heard trial [Read Report]