Paul McCartney performed at the Glastonbury festival on Saturday, 25th June, where he also played the music video of his 2012 song, My Valentine, from when it was first recorded, which features Johnny Depp and Natalie Portman, in the background 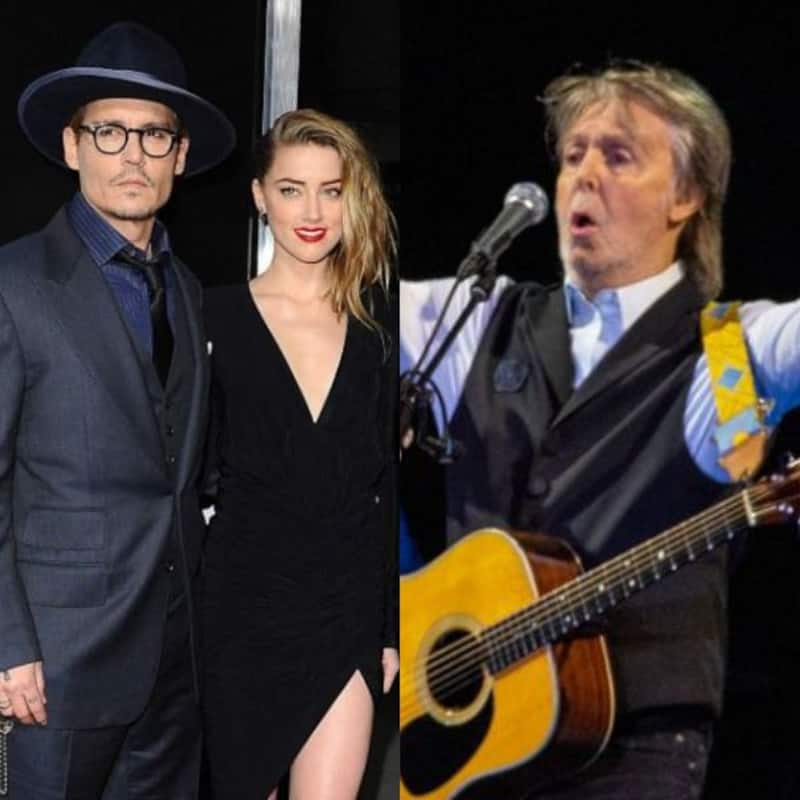 As Johnny Depp and Amber Heard's court case took one sordid turn after another, the latter emerged the villain with each passing day. While Johnny Depp’s image took a severe beating prior to court proceedings, right down to him losing out and even being fired from big Hollywood projects, his divorce battle with Amber Heard has been an eye-popping revelation, with most of the evidence and witnesses clearly pointing out to her being the aggressor, instigator and a downright vile human being. Also Read - Imlie: Fahmaan Khan-Sumbul Touqeer look radiant as they meet producer Gul Khan; will the couple be retained for season two?

In fact, Johnny's account of being the actual victim of domestic violence had also been backed by other testimonies and audio proof. With more lies of Amber being exposed, support for Johnny burgeoned with each passing day both in and out of court, and if there were any doubts left the jury’s verdict on the final day of trial laid them to rest. As expected, the jury unanimously voted in favour of Johnny Depp and ordered Amber Heard to pay him $15 million as as compensation. Also Read - Prabhas Vs Hrithik Roshan: Saalar to clash with Fighter at the box office

Paul McCartney played at the Glastonbury festival on Saturday, 25th June, where he also performed his 2012 song, My Valentine. During his performance, the legendary Beatles singer played the music video of the song from when it was first recorded, which features the Pirates of the Caribbean superstar and Natalie Portman, in the background. This move didn't sit well with a section of netizens, most of which are obviously the Aquaman actress' fans or feminazis (not feminists), who made their displeasure felt on Twitter. Also Read - Laal Singh Chaddha: Aamir Khan to REFUND money to the distributors for box office loss? Rajinikanth, Shah Rukh Khan and more stars who did the same

The video played in the background was an obvious stamp of support for Johnny, drawing some flak for Paul McCarntey online, after the performance. The minority not in favour of the aforementioned jury verdict vented their ire on Twitter, with one user writing: “Not the cleverest thing to do. Paul – such a contentious judgement and a great way to alienate those who are not comfortable with the trial outcome,” while another commented: “Depp singing to McCartney’s love song to his wife feels a bit off key.” A third posted: “Deeply disappointed in both Paul McCartney and Glastonbury for the Johnny Depp video. Feel like it goes against everything Glastonbury stands for.”

Well, kudos to Paul for taking a stance for someone he truly believes in as do many of us.