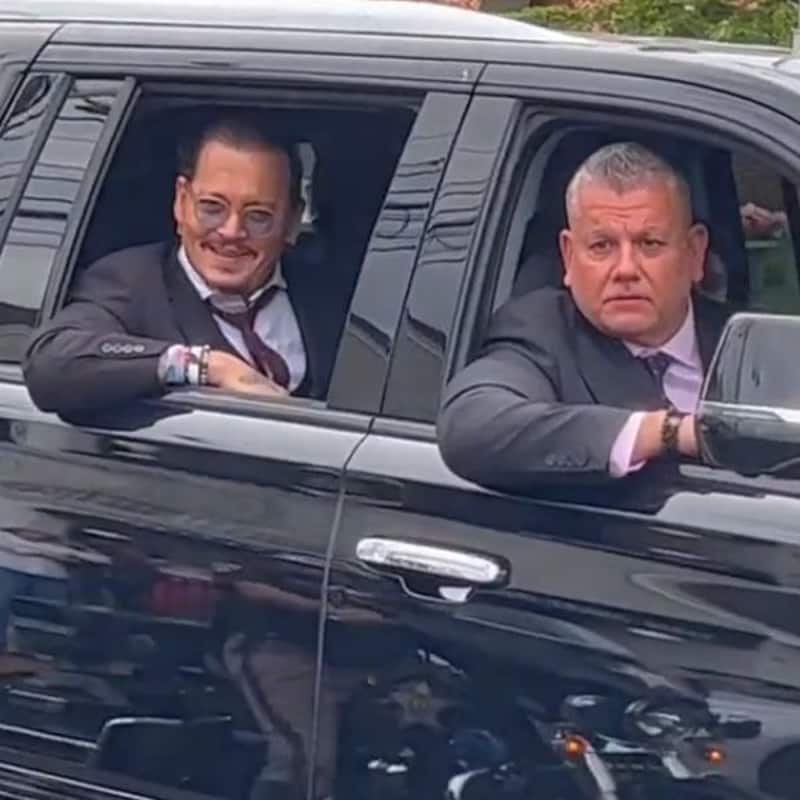 Johnny Depp and Amber Heard's ongoing defamation case has surely grabbed everyone's attention. Depp is suing Heard for $50 million over an article claiming that she destroyed his career by fabricating claims of domestic violence. She is countersuing for $100 million. A former agent for Depp had testified that Heard's abuse allegations had a 'traumatic impact' on Depp's image, and cost him the Pirates of the Caribbean franchise. When he recently left the Fairfax, Virginia court in his car, Deep turned Captain Jack Sparrow for his fans waiting outside the court. Also Read - Hollywood News Weekly Recap: BTS’ Kim Taehyung’s Paris visit, Amber Heard to go bankrupt, Travis Barker hospitalised and more

The viral video shows Deep leaving the court in his black SUV. He was greeted warmly by a sea of fans who prompted the actor to channel his inner Jack Sparrow. And Depp happily obliged to it. "You’ll always be our Captain Jack Sparrow,” a fan shouted. To which, Depp replied in Jack Sparrow's voice with a smile, "He’s still around somewhere. I see him now and again. He shows up now and again.” He also waved to his fans who said they love his hair. Also Read - Trending Hollywood News Today: Charlie Puth on his conversations with BTS' Jungkook, Dakota Johnson's reaction to viral video with Johnny Depp and more

Depp's agent testified that the actor was to receive $22.5 million to star in the sixth 'Pirates of the Caribbean' film, but Disney decided to go "in a different direction" after Amber Heard published an op-ed reviving her domestic abuse allegations. Also Read - Trending Hollywood News Today: J-Hope unveils first look of his song More, Johnny Depp won't return as Jack Sparrow and more

Jack Whigham, who represented Depp at Creative Artists Agency and later at Range Media Partners, testified that the December 2018 piece in the Washington Post had a "catastrophic" impact on Depp's career.

Depp's attorneys are seeking to prove that it was the op-ed that damaged Depp's employment prospects and not Heard's prior abuse allegations in 2016, which concluded in a divorce settlement. The closing arguments are set for May 27.